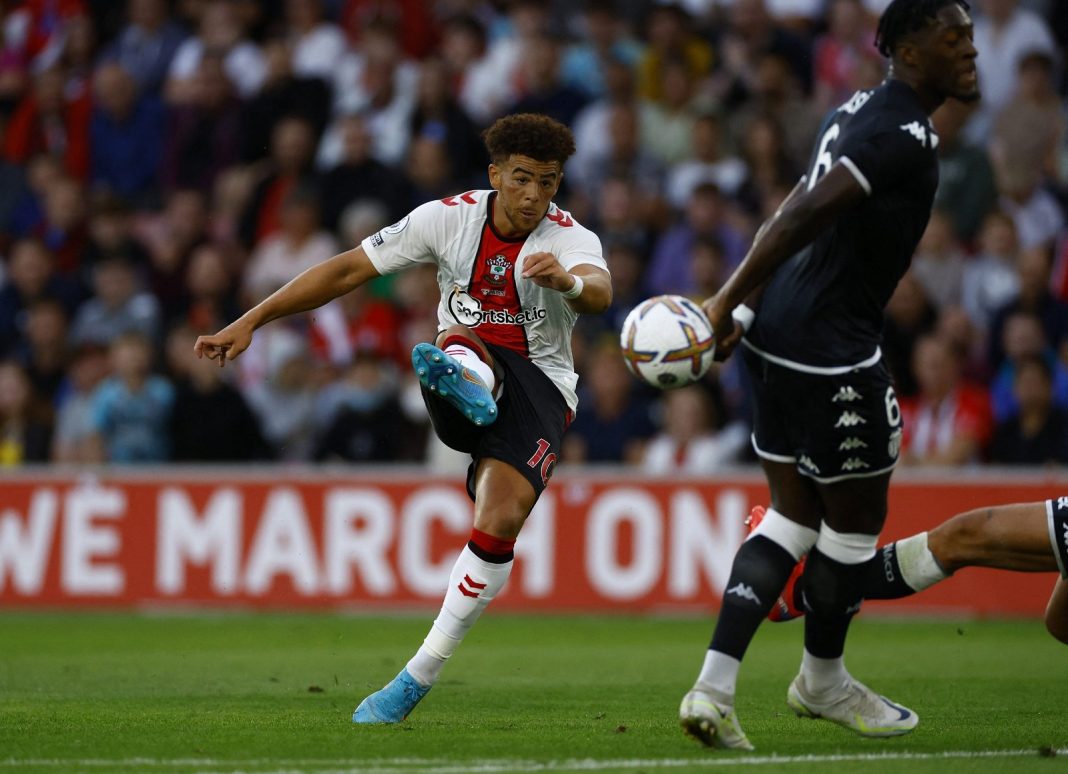 Everton have been linked with a move for Che Adams over the last few weeks and now a reliable source has made a claim on the club’s potential pursuit of the player in the remaining days and weeks of the transfer window.

According to journalist Pete O’Rourke, the signing of the Southampton striker would be “good business” for Everton.

“I think Che Adams is on the list for a number of Premier League clubs this summer, it does seem Southampton would be willing to let him leave for the right offer as well.

“Everton are in desperate need of striking reinforcements, and if they can get someone like Che Adams for a relatively cheap fee or a loan deal it could be good business.

“They’ll be getting a player with proven Premier League experience who can hit the ground running and that’s what Everton need right now.”

If Farhad Moshiri can complete the signing of Adams from Southampton it would be a rare masterclass for the club because, as O’Rourke alludes to, he could be signed at a bargain price, something the Toffees owner has seldom found since he arrived at Goodison, spending over £500m on new faces.

Combine a potentially small fee with their dire need for a forward and it’s clear this is a deal that ticks many a box for Frank Lampard’s men this summer.

With Dominic Calvert-Lewin currently sidelined with a knee injury and Richarlison leaving the club earlier in the transfer window, it has left them without a goal-scorer they can trust to convert opportunities, and their absence has been strongly felt already in the side.

Everton have failed to tally up a single point and have only found the net via an own goal over their first two Premier League fixtures, so there is no doubt that Lampard will be desperate for a striker to come into the team as soon as possible and Adams could be the perfect fit.

The forward who was signed for £15m by Southampton, has scored 21 goals and delivered 12 assists for the Saints over 111 appearances so far, and is a consistent performer for his national side too, with six goals in 19 appearances.

But it’s not just his goal scoring that would have caught the manager’s eye, as he could offer much more to the Merseysiders than just a stand-in centre-forward over the next six weeks whilst Calvert-Lewin recovers.

Adams is very versatile with his positioning in the front line and can effectively work alongside another centre-forward to deliver goal-scoring opportunities to a strike partner, something we saw work well when he developed a lethal partnership with former Saints striker Danny Ings.

Back in the 2020/2021 season, Adams and Ings made up 48% of Southampton’s goals and were the Premier League’s third most relied-upon attacking partnership.

Therefore, playing Calvert-Lewin and Adams together could be something worth considering for the Toffees boss if the club allows Anthony Gordon to leave this summer amid interest from Chelsea.

With that being said, the signing of Adams could well be a rare masterclass for Moshiri who hasn’t particularly done a great deal right when it comes to the transfer window.