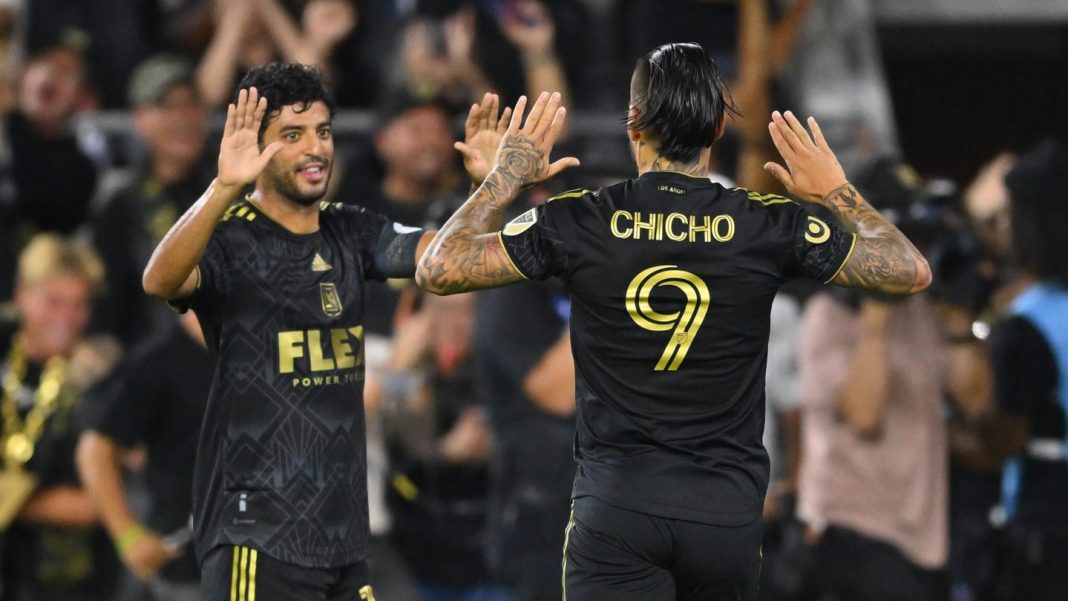 Can anybody stop LAFC?

A Kwadwo Opoku goal in the 67th minute was enough for the Black and Gold to see off D.C. United at Banc of California Stadium on Tuesday evening.

That’s seven wins in a row now in MLS play for LAFC, who became just the sixth team in league history to achieve such a feat.

Yael Averbuch West hosted none other than Christian Fuchs for the latest episode of Football Americana. The Charlotte FC captain provided insight into the creation of Major League Soccer’s newest expansion team, and bringing European culture into the American side.

Everything is looking great for LAFC, who are on course to win another record-breaking Supporters’ Shield title just as they did in 2019, while the last two victories have come without having European stars Gareth Bale and Giorgio Chiellini available.

However, head coach Steve Cherundolo still wants more from his side, who labored past a D.C. United team reduced to 10 men in the 60th minute following Steve Birnbaum’s red card.

“We are happy with three points, to win this game was very important for us to solidify our lead in the division and Supporters’ Shield race. As for the performance, we’re not happy like we were the other night (5-0 vs Charlotte FC),” said Cherundolo following Tuesday’s win.

“Tonight, the end product of our football in the final third was a bit sloppy, at times lethargic, which we need to improve on. We had a good performance from Maxime (Crepeau) at goalie, without his performance we tie or lose. There will be nights like this and I’m happy our boys picked up the win but it was certainly not our best night. We will discuss, review and make adjustments so we can perform better on Saturday in San Jose.”

Goalscorer Opoku agreed with his head coach, but insisted LAFC will learn from their experience on Tuesday to make sure they put other teams to the sword a little more convincingly moving forward.

“Today was not our best performance, but we still worked hard and got the result,” the Ghanaian said, adding: “At the end of the day we go in and learn from our mistakes and get better if we face another team like that, so we see what we can do to avoid that.”

LAFC now have a nine-point lead over Austin FC and the Philadelphia Union in the Supporters’ Shield race ahead of their trip to California rivals San Jose Earthquakes on Saturday.