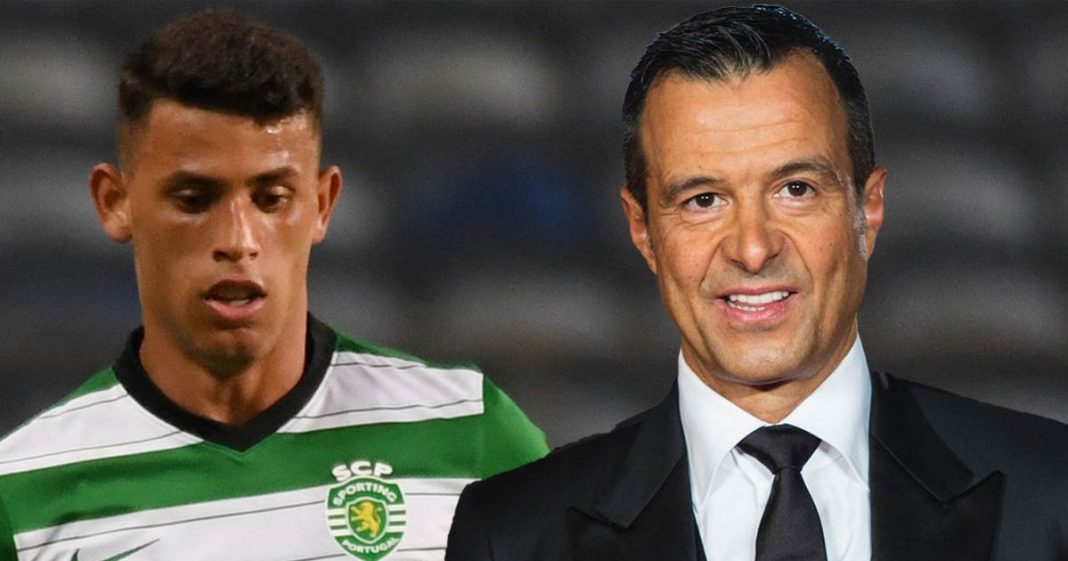 Wolverhampton Wanderers have smashed their transfer record to sign a player Pep Guardiola branded as “one of the best in world football.”

Matheus Nunes’ move to Molineux was officially confirmed late on Wednesday night, bringing to an end months of speculation. The £38million Wolves have initially paid Sporting sees the talented midfielder become the club’s most expensive ever signing – eclipsing the £35m paid for Fabio Silva two summers ago.

But while Silva’s transfer fee was inflated by promise of future potential, Nunes instantly arrives looking to show he’s one of the Premier League ’s most talented midfield players. The likes of Liverpool and Manchester City had both been linked heavily, with the influence of super-agent Jorge Mendes ensuring he instead joined the Iberian influx in the Black Country.

Former Liverpool defender Jose Enrique urged his old team to hijack the deal in the final hours, but with the help of Mendes, Wolves have completed arguably the biggest coup since his compatriot Ruben Neves signed five years ago.

And he lands in the Premier League with the top-flight’s most respected evaluator already on board. Guardiola had watched his City side dismantle Sporting 5-0 earlier this year, only to save his most glowing praise for Wolves’ newest high-profile midfielder.

“I would say that Matheus Nunes is one of the best players in the world today,” Guardiola declared. His reputation certainly precedes him and his transfer is one that transforms the expectations of a team and a fanbase that up until two weeks ago had major reservations about the direction it was heading.

Having promised to rival the Premier League’s big boys, Fosun International and Wolves, had appeared to hit their metaphorical glass ceiling. Chairman Jeff Shi hinted as much when he admitted that, outside of Leicester City-esque miracles, they would be unable to truly upset the established order.

Matheus Nunes dazzled against Man City last season, despite coming out on the losing side

Wolves had been relatively quiet in the transfer window as well. The signing of Nathan Collins from Burnley was a shrewd one, but they had failed to deliver what manager Bruno Lage needed most to transform his side.

Lage is desperate to rid his side of the pragmatic style which became synonymous with his predecessor Nuno Espirito Santo. But without a dynamic midfielder, whether it was four or five at the back, a lack of cutting edge was a growing concern.

That’s an issue Nunes should quickly resolve. Unlike the metronomic pair of Neves and Joao Moutinho, the 23-year-old is a daring dribbler. Willing to commit opponents and always looking to drive his team on.

Since news emerged that Wolves were to land one of the most coveted players in European football, the response has been as predictable and unimaginative as expected. Yes the club have utilised a market and nation to give them an advantage when traditionally bigger clubs come calling for their targets.

Jorge Mendes has close links with the Wolves board, which has helped seal another high-profile deal
(
Getty Images)

There is little doubt that Nunes being able to integrate himself into the Portuguese corner of Wolverhampton was a contributing factor in his decision to swap the sights of Lisbon for the West Midlands. There is also little question that the relationship between Fosun and Mendes has resulted in them landing a player almost everybody thought was out of their reach.

There has been regular sniping – and several investigations – into the relationship, but for now Wolves are playing by the book and simply using a contact right at the centre of world football. But in an era of football where the chances of closing the gap on the traditional superpowers is so remote, it’s a route which continues to see Wolves punch above their weight.

And whether Nunes sees out his five-year contract at Molineux or not, few will be losing sleep over a process which – one way or another – ends with one of Guardiola’s favourite players turning out in the old gold and black.

Premier League 2022-23 experts’ preview: Lowdown on every club from those in the know