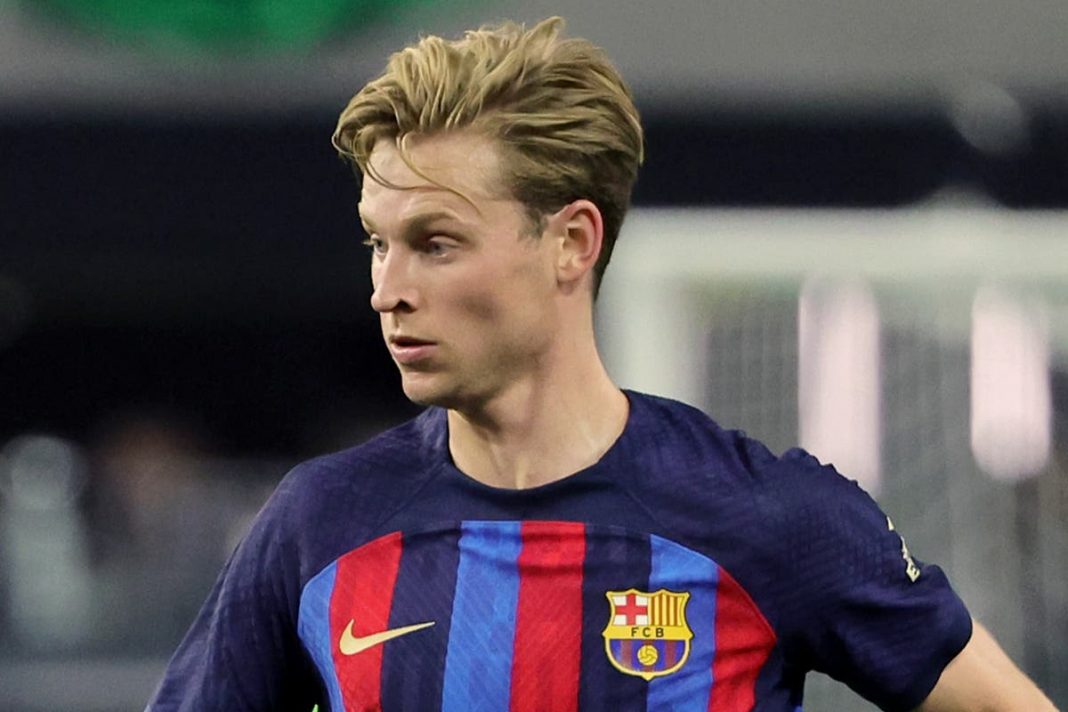 While the Premier League is now in full swing, Arsenal, Tottenham and Chelsea all remain active in this summer’s transfer market. At Arsenal, Mikel Arteta has hinted he is not done yet in the window with Yeremy Pino and Youri Tielemans their top targets – despite the clock ticking on a summer move for the Leicester star in particular.

Thomas Tuchel in particular is understood to be desperate to add to his squad, with a £45m bid Everton’s Anthony Gordon rejected. Frenkie de Jong and Pierre-Emerick Aubameyang remain key targets as a move for Cesare Casadei continues to progress.

Spurs, meanwhile, have been frustrated in their attempts to sign Roma’s Nicolo Zaniolo and could turn to James Garner as a surprise alternative, while Destiny Udogie closes in on a move. Antonio Conte’s clear-out also continues at a pace. Follow all the latest transfer news, gossip and rumours below!

United in for Ziyech

French football journalist Nabil Djellit claims that United are interested in Ziyech, who does not appear to be in Thomas Tuchel’s plans, and would be interested in bringing him to Ziyech.

That interest is led by Erik ten Hag, who is a big fan of the 29-year-old after they worked together at Ajax.

One man who won’t be on the move this summer? Nacho Monreal.

The popular former Arsenal defender, has announced his retirement from football at the age of 36.

Monreal has officially hung up his boots and called time on a 16-year professional career, having been released by Real Sociedad following the expiry of his contract at Anoeta earlier this summer.

Arsenal look to move duo on

Arsenal are looking to resolve the futures of Ainsley Maitland-Niles and Hector Bellerin in the final two weeks of the transfer window, writes Simon Collings.

The pair are both in the final 12 months of their current contracts and Arsenal are looking to secure them permanent moves away from Emirates Stadium.

Real Betis is currently Bellerin’s most likely destination, with the right-back enjoying a successful loan spell there last season.

Arsenal want a fee for Bellerin but Betis are hoping they can land him for free, leading to a major sticking point in negotiations between the clubs.

Dembele an option for United

With the club reportedly increasingly willing to sell Cristiano Ronaldo before the window shuts, a replacement is considered a priority.

The MEN claim that Moussa Dembele is a potential option, and that United have held talks with the Lyon striker’s representatives.

Manchester City have announced the signing of Sergio Gomez from Anderlecht.

The Spanish left-back, 21, joins the reigning Premier League champions in a deal thought to be worth an initial £11million, before add-ons.

A new left-back had long been sought by the club, who missed out on a deal for Marc Cucurella earlier in the summer before the Spaniard signed for Chelsea.

Read more on that here

Manchester United are considering a move for Casemiro.

That’s according to Marca, who claim that United are now turning their attention away from Frenkie de Jong after a summer of failing to bring the Dutchman to Old Trafford.

Carlo Ancelotti is keen to keep Casemiro at Real, and no offer has yet been received.

Callum Hudson-Odoi will only be allowed to leave Chelsea on loan this summer, with co-owner Todd Boehly personally pleading with the winger not to force a permanent exit, writes Nizaar Kinsella.

Newcastle have entered the race for his signature – joining Borussia Dortmund, Leicester and Southampton – and are ready to offer a temporary switch.

Chelsea are not entertaining any options to buy but will help out with wage contributions should Hudson-Odoi desire a move to a club with limited scope to cover his £150,000-a-week salary.

The academy graduate pulled out of a Chelsea development side’s shock 3-0 home defeat by Fulham in the Premier League 2 on Monday night, with his transfer talks progressing to a more advanced stage.

All transfer rumours currently must involved Chelsea in some way, it would appear.

The Telegraph report that Newcastle are interested in four (yes, four) Chelsea players as they look to improve on what has been a relatively quiet window so far.

Christian Pulisic, Conor Gallagher, Callum Hudson-Odoi and Armando Broja are the four they are keen on, and the Magpies have asked to be informed if any become available.

Chelsea turned down by Everton again

Chelsea have had another bid for Anthony Gordon worth £45million rejected by Everton, writes Nizaar Kinsella.

The 21-year-old has emerged as one of Thomas Tuchel‘s primary targets to strengthen his attack at Stamford Bridge, but Chelsea have now seen offers rebuffed on consecutive days.

Everton insist that Gordon is not for sale but others close to the situation believe a further bid of £50m could provide the basis for a breakthrough in talks.

Napoli are close to agreeing a deal to sign Tottenham midfielder Tanguy Ndombele on a season-long loan.

Ndombele is not part of Antonio Conte’s plans and talks are progressing over a deal which would include an option for the Italian side to make the move permanent next summer for around £25million.

The Frenchman is understood to be keen on the switch, with Napoli expected to compete for the title in Serie A having finished third last term and also able to offer Champions League football.