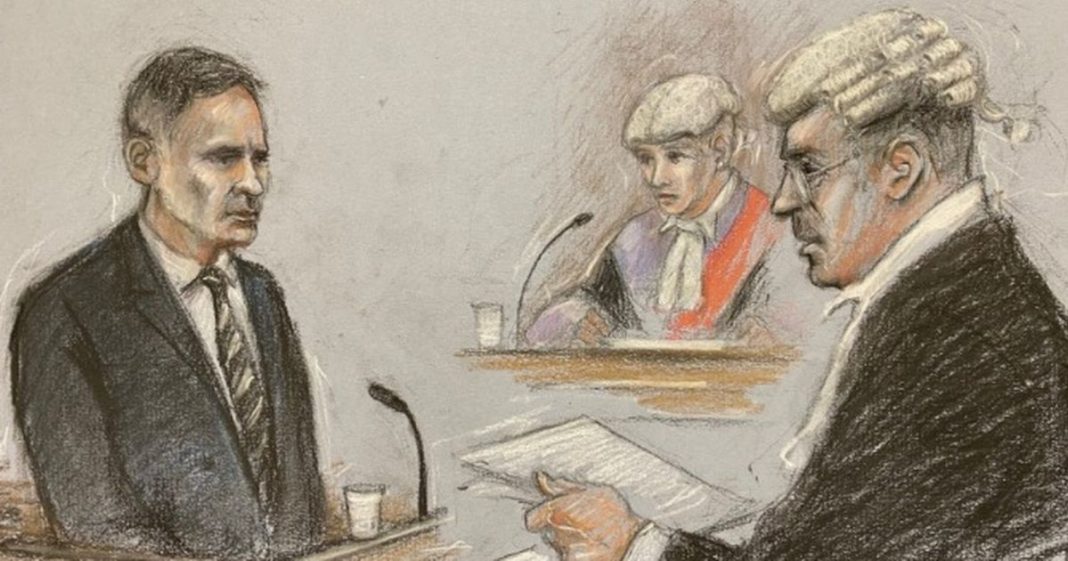 Ryan Giggs has described the video he sent in an email with the subject line “blackmail” to ex-girlfriend Kate Greville as “just a joke”.

His former partner, 38, had previously told the jury in his assault trial that she deleted the video before watching it because she thought it was of a sexual nature.

Earlier today the court heard that a detective working on the case has been aware for more than 18 months that the video clip was actually of Ms Greville dancing at a work event but the prosecuting barrister, Peter Wright QC, did not know when he opened the case last week.

The video of Ms Greville dancing to Last Christmas at a work party in Abu Dhabi was played to the jury last week when the public relations executive was under cross-examination.

Giggs, 48, is accused of assaulting Greville and her younger sister, Emma, at his home in Worsley, north-west Manchester on November 1, 2020, with a further charge relating to controlling and coercive behaviour towards Kate Greville between 2017 and November 2020. He denies all charges.

Taking to the stand this afternoon the former Manchester United star, dressed in a black suit and white shirt, said: “It was just a joke between me and Kate. It was just Kate dancing embarrassingly, which was not in her nature, acting silly at a Christmas party.”

Asked by defence barrister Chris Daw QC if it had intended to be “unpleasant and threatening,” Giggs said: “No, it was a joke.”

That came after DC Adam Agrebi had earlier said that he “became aware of the contents of that video file when the complainant brought her laptop into the police station in February 2021″ but Mr Daw pointed out that the officer did not put it into a statement until last week.

DC Agrebi said he had notified the Crown Prosecution Service.

At that point it was made clear to the jury by Mr Daw that “there is absolutely no suggestion that Mr Wright was aware of the nature of the video” when he made his opening remarks in the trial.

But DC Agrebi was then asked by Mr Daw if he agreed that “the opening speech to this jury could’ve left the jury with the impression that it was a sex video.”

The officer replied that he agreed.

Last week a video of Ms Greville being interviewed by police in November 2020 was played to the jury in full. During it she said she believed that the attachment in the email was “one of our videos that we had done” and he was threatening to share it with work colleagues if she did not unblock him and respond to his messages.