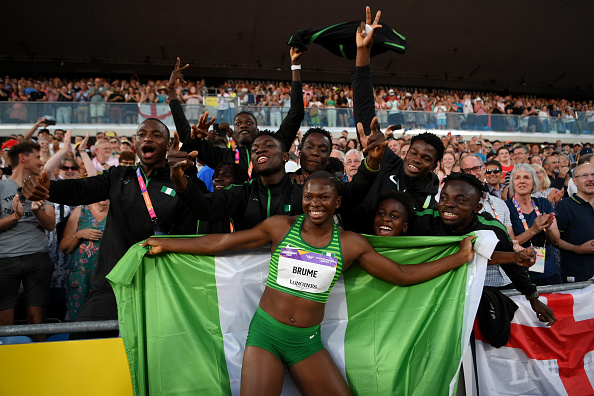 Plans to host international weightlifting championship
Newly-elected president of the Para Powerlifting Federation of Nigeria (PPFN), Charles Chiamaka Ezenwanne, has promised a harvest of gold medals at the next Commonwealth and Olympic Games.

Ezenwanne, an Anambra-born business magnate, who led other top officials of PPFN to receive the athletes at the Murtala Muhammed Airport, Lagos, on Monday, said it would be a different ball game in the next Commonwealth and Olympic Games after Birmingham 2022.

“Big thanks to our heroes and heroines as they have done Nigeria proud. I salute their doggedness, dedication and discipline. Apparently, the athletes and officials can do more and it is our strong vow to motivate them towards bringing more glory to fatherland.

“I could not travel with them to Birmingham considering the shortness of time after the elections, but the entire board have been constantly working and praying for a successful outing. Now, we are settling down and Nigerians would see better results to celebrate with in future.

“I thank the Minister of Sports, Sunday Dare, for supporting Team Nigeria and Para Weightlifting Federation,” he said.

He also appealed to sports loving Nigerians and the corporate world to partner the new board, saying: “Our body is loaded with credible and committed members. There would be team work and accountability in all that we do, by the special grace of  God, plans are underway for Nigeria to host an international para powerlifting championship.”