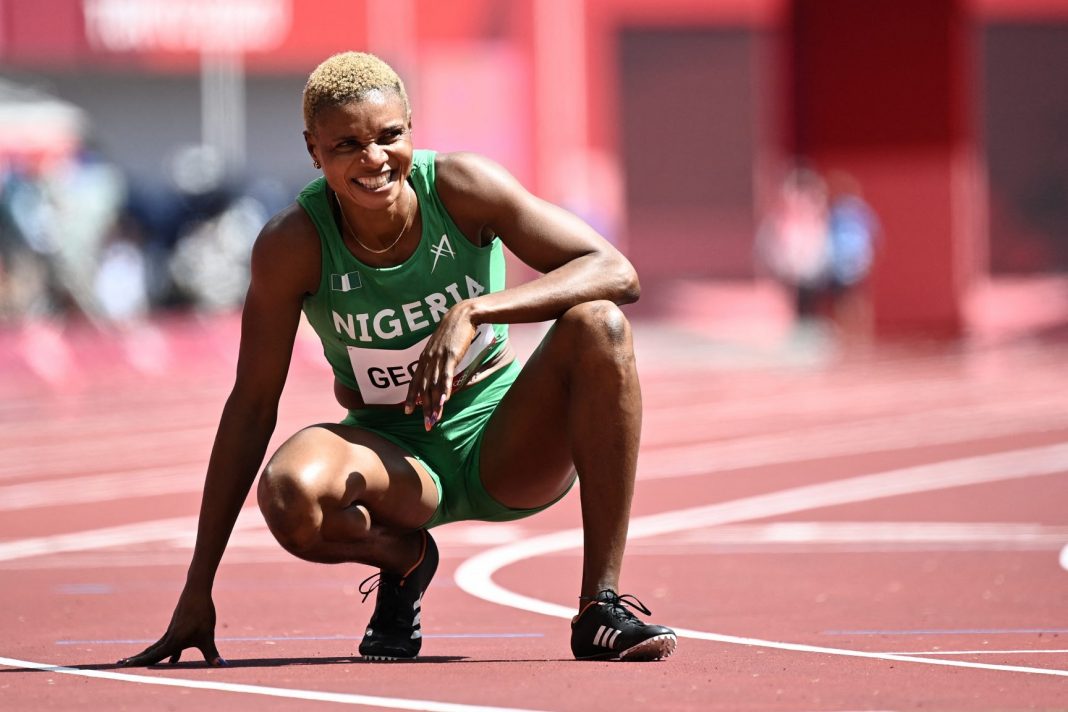 Patience George, Commonwealth Silver Medalist and Gold Medalist in the All African Games said she has her eyes in winning Olympic gold before quitting the sports that brought her fame.

George, who placed 6th in the last Commonwealth Games in Birmingham, stated this in an interview with the News Agency of Nigeria (NAN) on Monday in Calabar.

George, who is currently the 400m title holder in the National Sports Festival (NSF), said she also aimed to break the Africa record before quitting the sport.

The athlete, who spoke on a wide range of issues affecting Nigerian athletes in big events, attributed her success story so far to her passion for sports.

George, with a personal best of 50:71 seconds in 400m, said she remained optimistic of breaking the 48:54secs Africa record set by Namibia’s teenager, Christine Mboma, as she was already working towards achieving the feat.

She, however, called for support from government and corporate organisations for her to achieve her dream.

According to her, “All that I achieved thus far is majorly through personal efforts and nothing more.

“My state, Cross River, has been the most disappointing of all. There is no form of support coming from my state as regards my trainings and other logistics.

“As for the Federal Government, it is only when there is a major championship that some of us get to see and feel its presence.

“Personally, I feel Nigeria will do better if the government does not wait for competitions before remembering their athletes,” she said.

She urged the governments to always ensure that they put the athletes in a competitive mood even without any competition in sight.

George attributed Nigeria’s inability to win a medal in the women 400m race to the absence of Imabong Uko in Birmingham.

She praised the Federal Government for its support for athletes at the just-concluded Commonwealth Games.

Meanwhile, the Cross River Government has denied that it does not support its athletes.

Emmanuel Elom, Chairman, the Cross River Sports Commission, said Gov. Ben Ayade’s government had always made it a point of duty to offer support to athletes from the state whenever the need arose.

According to him, the athlete must notify the government in writing about such competition because there are processes of making this support available.

“During the last Olympics in Tokyo, we offered support to athletes who are from the state because they notified the government, ” he said.