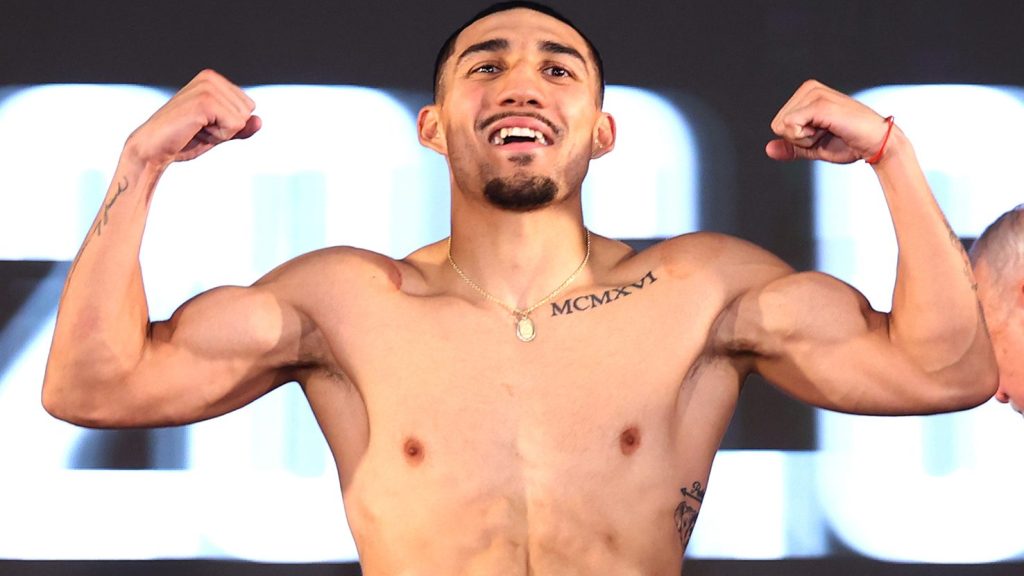 Teofimo Lopez is back.

The former lightweight champion, fighting at junior welterweight for the first time, dominated Pedro Campa before stopping the game, but overmatched Mexican in the seventh round of a scheduled 10-round fight Saturday in Las Vegas.

Lopez (17-1, 13 KOs) was coming off a disappointing performance against George Kambosos Jr., who took his undisputed championship by a split decision last November.

It was unclear whether the Brooklyn fighter could regain the magic he used to upset Vasiliy Lomachenko in October 2020, which gave him his belts.

On Saturday, Lopez, 25, looked much like the rising young pound-for-pounder of old. He used his jab to set up hard, accurate power shots from the opening bell, which won him round after round.

The aggressive Campa (34-2-1, 23 KOs) pushed the action much of the fight and had a few good moments. He also showed a good chin. However, the punches he absorbed gradually broke him down, which led to the knockout.

Lopez put him on his pants with a quick right-left combination in the final round. Campa got up and continued to fight but a few more hard blows convinced referee Tony Weeks to stop the fight.

The official time of the stoppage was 2:14 of Round 7.

Lopez already is ranked at 140 by all four major sanctioning bodies — No. 5 by the WBC and WBO — which means his opportunity to fight for a major title is probably around the corner.

And if he looks as sharp as he did on Saturday, he could end up with another belt around his waist.