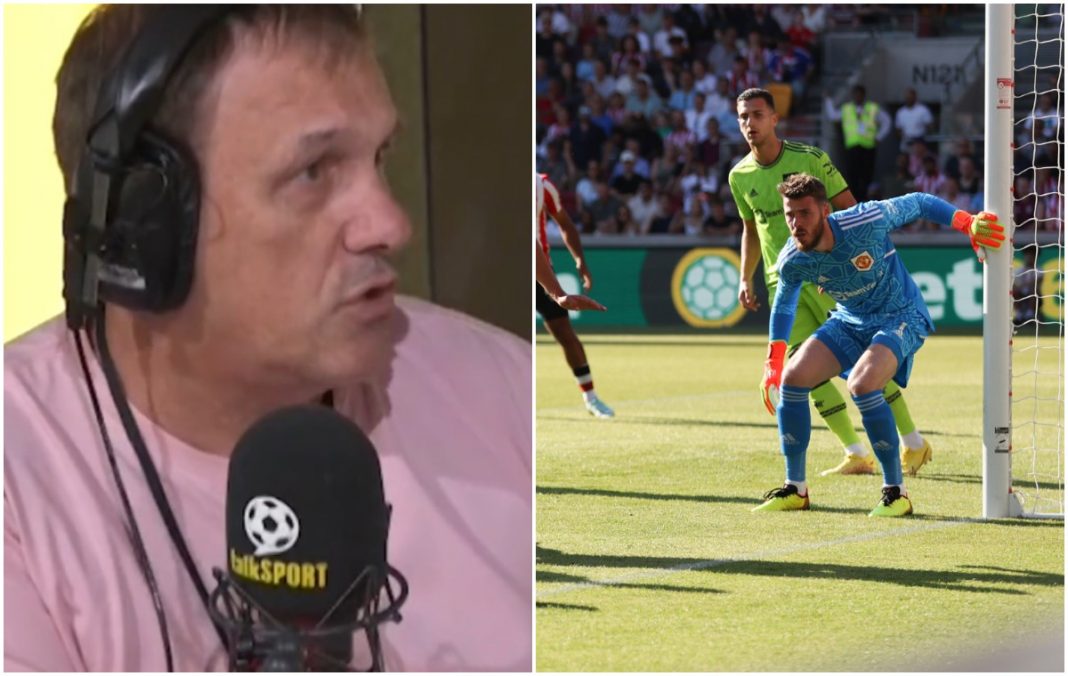 Manchester United have been warned that they’ll get beaten badly every week if they keep on trying to play out from the back through goalkeeper David de Gea.

It’s been a miserable start to life at Old Trafford for Ten Hag, with the Red Devils losing 4-0 to Brentford yesterday, having also been beaten 2-1 at home by Brighton last week.

See the video clip below as Cascarino insists that Ten Hag is trying to create something that isn’t really there at United, with De Gea not capable of sticking to that particular game plan…

? “You’re trying to create an idea that certain players in your team can’t do.”

? “#MCFC & #LFC players can do it because there players are more capable.”

This is pretty damning for all involved at United right now, with the club perhaps appointing a promising tactician but without giving him the tools to thrive.

Other big-name managers have also struggled with MUFC in recent years, and it now seems that Ten Hag might have to alter the strategy that’s previously brought him success in order to have any chance of getting results with this team.