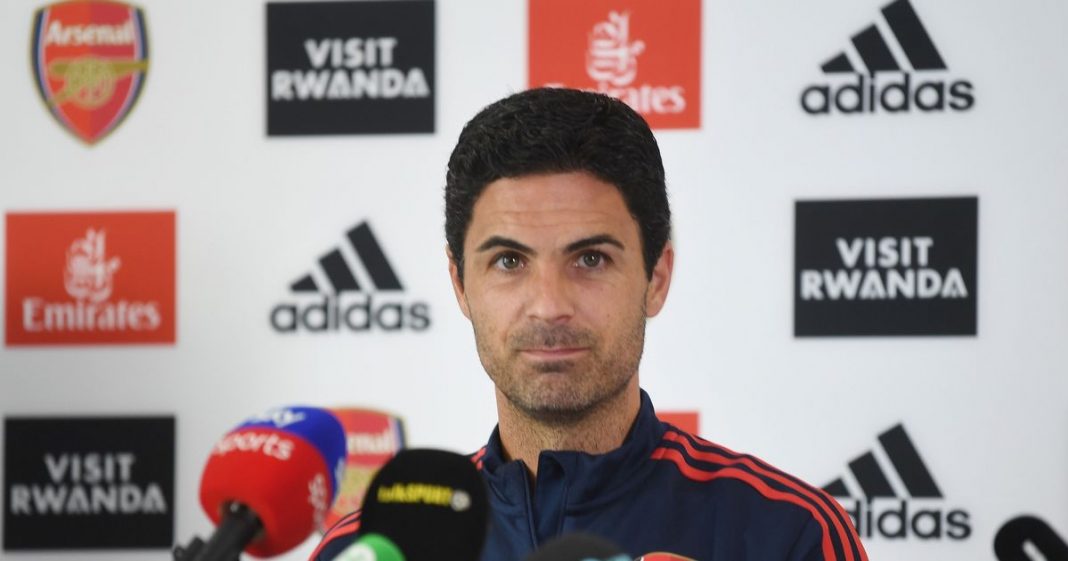 Arsenal have already been busy in the transfer market this summer, but we are still hearing plenty of noise around the Gunners’ activity.

Marquinhos, Fabio Vieira, Matt Turner, Gabriel Jesus and Oleksandr Zinchenko have all arrived this summer, strengthening a squad which finished fifth last season. With more than a fortnight remaining to complete further deals, though, there could be more to come.

Fans are also getting further insight into last season’s efforts through the All or Nothing documentary, while reports of potential exits gather pace. Here are the latest news lines from north London.

Arsenal’s ex-captain Pierre-Emerick Aubameyang left the club under a cloud last season after falling out with manager Mikel Arteta. However, based on the boss’ recent comments to the media, there appear to be no hard feelings.

“Auba is an exceptional player,” Arteta said. “He did so much for us. He was our captain and I think we have to be grateful, very grateful as well, for what he did for this club.”

The former Borussia Dortmund striker has been linked with a Premier League return, with Chelsea seemingly interested. And Arteta spoke of his hope that the forward would receive a good reception from fans if he returns to the Emirates Stadium as an opponent.

Arsenal youngster Bukayo Saka is one of 10 players nominated for this year’s Kopa Trophy. The award, from Ballon d’Or organisers France Football, is reserved for the best player in the world under the age of 21.

Should Arsenal be happy with their summer? Have your say in the comments section

Saka was also nominated in 2021, finishing sixth as Barcelona star Pedri came out on top. He is one of two England internationals on this year’s list, along with Jude Bellingham, with the Borussia Dortmund man aiming to improve on his podium finish from last year.

Arsenal are also represented on the women’s Ballon d’Or shortlist, with England star Beth Mead and last season’s top scorer Vivianne Miedema on the list. Mead is among several members of the Euros-winning Lionesses squad to make the cut.

Arsenal have been dealt a boost in their pursuit of Yeremy Pino. The Villarreal star could be available for around £33m, with the Gunners among those looking at the Spanish teenager.

Pino has scored 14 times in two seasons after making his debut as an 18-year-old, and delivered his first senior Spain goal earlier in the year. His manager in Spain is former Arsenal boss Unai Emery, who has given his former club hope.

“If an offer arrives for players like Yeremy Pino, then he will have to leave,” Emery told the media. “We have a responsibility with the club. It is what it is.”