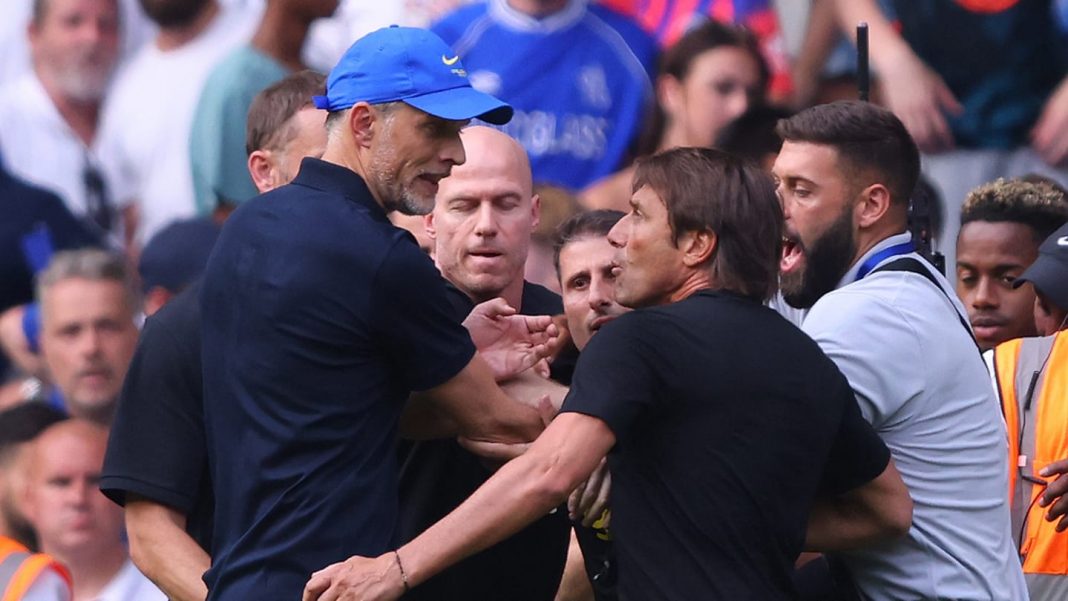 Antonio Conte refused to answer questions about his touchline altercation with Thomas Tuchel following Tottenham’s 2-2 draw with Chelsea on Sunday.

Conte’s Tottenham were thoroughly outplayed by Chelsea on Sunday afternoon at Stamford Bridge but managed to nab a point in stoppage time thanks to a goal from Harry Kane.

After the final whistle there was a heated exchange between Tuchel and Conte, something which the latter wasn’t keen to talk about post-match.

He said: “I don’t want to comment on the situation because I think this is not the most important thing.”

When asked about the game itself, Conte was much more forthcoming with a response, stating: “To come here, against Chelsea away, It’s not simple. We’re talking about a really good team.

“It’s normal to come here and to suffer but at the same time I think we also created a situation to always stay in the game. The difference though is clear. [They won the] Champions League two years ago, the Club World Cup and the final of the FA Cup [last season]. There is a difference between Chelsea and Tottenham.

“We want to try and reduce this gap.