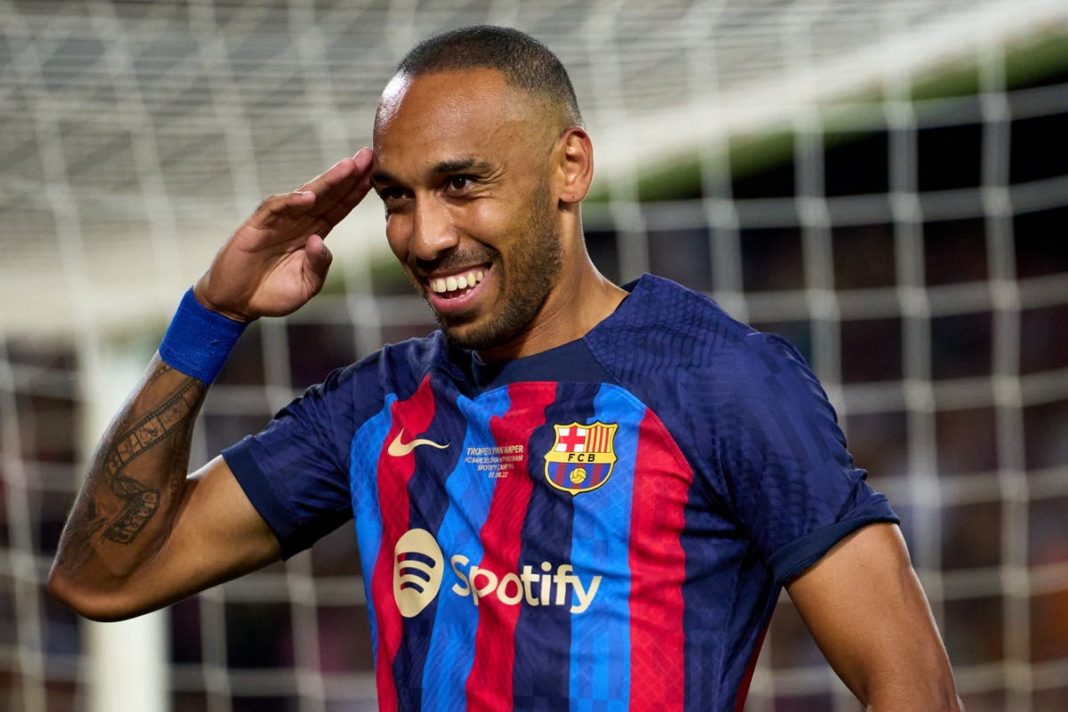 Tottenham midfielder Tanguy Ndombele has spoken to Napoli coach Luciano Spalletti ahead of his proposed loan move to Italy.

According to Foot Mercato, Ndombele picked Napoli over other possible destinations and a deal is nearing completion.

Spurs are expected to net around £2m for the loan fee and Napoli could make the move permanent for £10m.

Arsenal are running out of time to sign Youri Tielemans.

That’s according to journalist Dean Jones, who tells GiveMeSport: “Arsenal are against the clock on this one now. I mean, they’ve just left it too late.

“Leicester have got plans of their own to fulfil, this isn’t a team that are knocking around at the bottom of the Premier League.”

Inter are looking for twice that to sell the 19-year-old, who Thomas Tuchel identified last months as a transfer target.

Casadei is aware of Chelsea’s interest and wants to make the move.

Barcelona are open to striking a deal with Chelsea for Pierre-Emerick Aubameyang, according to the latest reports.

The ex-Arsenal captain has been linked with a shock return to the Premier League just seven months after arriving in Spain and a reunion with Thomas Tuchel, with whom he shares a close bond from their Borussia Dortmund days.

According to the Press Association, Barca are willing to discuss a potential fee with Chelsea for Aubameyang, pushing for a figure upwards of £20m as they seek to continue to balance the books at Camp Nou.

PA report that the Blagurana will want a permanent transfer and are open to letting him go for the right price, with Chelsea perhaps set to try their luck with a loan offer that would see them cover his wages in full.

Quite how Barcelona prepare to pay for Bernardo Silva remains to be seen, although their links with a move for the Manchester City star continue.

Speaking on Friday, City boss Pep Guardiola was coy on the midfielder’s future.

“I want Bernardo at Man City, 100 per cent. He’s special. I don’t know what will happen, but he knows how much we like him and want him, how much we love him,” he said.

“But I don’t know what is going to happen.”

An unpopular man in east London, Jesse Lingard has provided an update as to why he moved to Nottingham Forest.

David Moyes insists West Ham did all they could to bring Jesse Lingard back to the club this summer.

Upon the expiration of the 29-year-old’s contract at Manchester United, a return to east London seemed an obvious move for a player eager to work his way back into the England set-up ahead of the World Cup.

Lingard scored 9 goals in 16 games for the club during a loan spell two seasons ago and had remained a target, although ultimately it was Nottingham Forest who swooped in.

One of the greatest managers of all time will be retiring after his second-trophy laden spell at Real Madrid.

Despite all of his success, Real certainly are a club who don’t tend to stick with a manager at even the slightest dowturn, so perhaps Ancelotti will soon start to think otherwise…

“If they get Fofana, Aubameyang and De Jong, they’re guaranteeing Champions League football with that,” he told Sky Sports.

“I’m a massive fan of De Jong. I feel sorry for him in a way because he’s in limbo. It feels like he wants to come to London and isn’t too keen on going to Manchester. Whoever gets him, he’s a game changer for them. Chelsea certainly have problems in that area – Jorginho is not long-term in terms of his physicality.

“He’s done brilliantly and been an amazing player for Chelsea, Champions League winner and for Italy winning the European Championships, but De Jong gives them a different dimension with pace and strength, playing at the base of midfield, giving N’Golo Kante license to go and do what he wants.

“He’d be an amazing signing and a real statement of intent if they could beat Man Utd to that one.

“As for Aubameyang, he was such a disappointment at Arsenal towards the end. He did OK at Barcelona but they’re obviously keen to offload him again. As a stop-gap for a year, it probably wouldn’t be the worst signing.

“I was quite critical of him last year. I didn’t think he put the effort in for Arsenal. It looked like he wasn’t the same player. But for one season… it’s not one that would inspire me, but he would come with a bit of a point to prove.”

Though most of Thomas Tuchel’s attention will be on Chelsea’s huge meeting with Tottenham tomorrow, the club continue to be busy in the transfer market.

Big names have been signed already as the Blues chase even more additions between now and the end of window.

According to the Daily Mail, one player in particular is of interest.

They claim personal terms have been agreed with Leicester star Wesley Fofana.