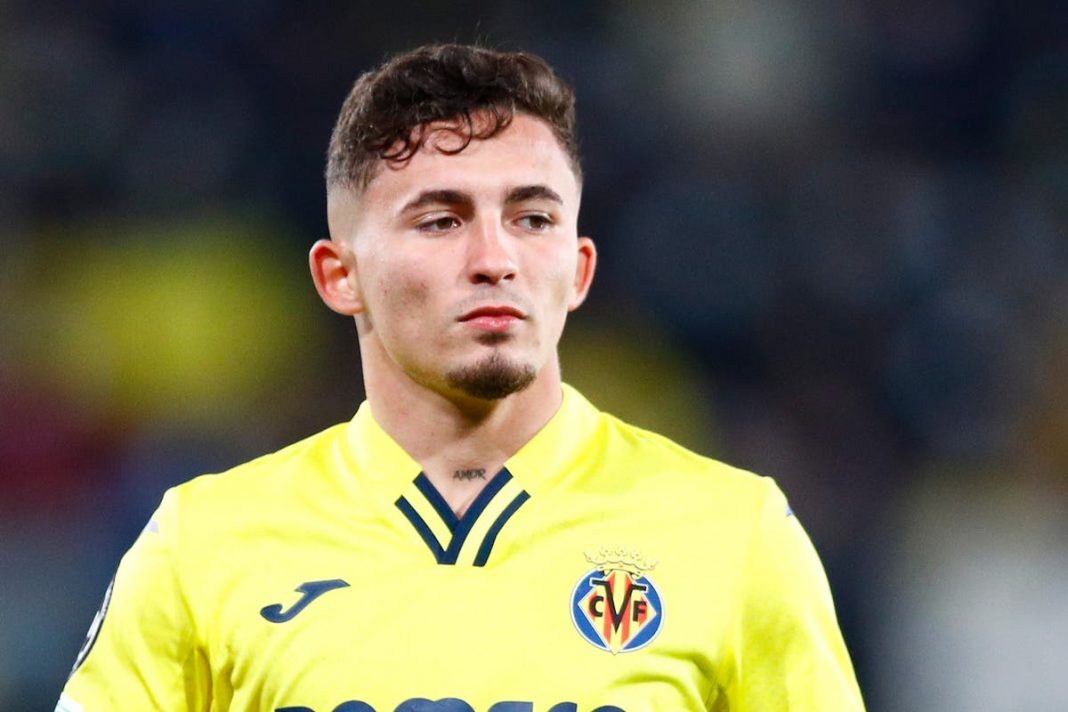 Arsenal, Chelsea and Tottenham could all make further major signings before the summer transfer window deadline on September 1. Arsenal have Yeremy Pino firmly in their sights as Mikel Arteta looks to bring in a winger this month, while they remain in pursuit of the likes of midfielders Sandro Tonali and Youri Tielemans.

Chelsea are edging closer to a big-money deal for Wesley Fofana, with Frenkie de Jong and Pierre-Emerick Aubameyang among the other targets still wanted at Stamford Bridge. Tottenham are about to sign Destiny Udogie and have been in pursuit of Nicolo Zaniolo, with Lucas Paqueta also a name on Antonio Conte’s radar in north London.

Manchester United and Chelsea could battle for the signing of Sergino Dest, with Adrien Rabiot expected to complete his switch to Old Trafford soon and talks held over Alvaro Morata. Meanwhile, David Moyes has denied reports of a West Ham bid for Memphis Depay and Manchester City are eyeing a shock late swoop for Kieran Tierney at Arsenal. Follow all the latest transfer news, rumours and gossip below!

With the Nigerian forward on the verge of completing a £20m switch to Nottingham Forest, the Hornets have swooped for a player who impressed on loan at the City Ground last term.

Keinan Davis has now completed his move from Aston Villa to Vicarage Road on a season-long loan, having passed a medical and been in the stands for last night’s 1-0 home win over fellow Championship promotion hopefuls Burnley, secured by Tom Cleverley’s late first-half strike.

He will hope to make his debut away at Birmingham on Tuesday night as Rob Edwards’ Hornets face a reunion with club legend and former long-serving captain Troy Deeney at St Andrew’s.

Alvaro Morata is the latest player to have his name drawn from the crammed Manchester United transfer tombola.

Erik ten Hag wants to sign a new striker before the deadline, with doubts still surrounding the future of Cristiano Ronaldo, Edinson Cavani now gone and their unpopular pursuit of Marko Arnautovic abandoned due to a fan backlash.

The Athletic report that a move to Old Trafford for ex-Chelsea frontman Morata is now considered a real possibility this month, with talks already held with Atletico Madrid over a deal that could be worth £30m.

The Argentine defender initially joined Spurs on loan from Serie A side Atalanta last summer on a season-long loan agreement that included an option to buy.

Per The Telegraph, Tottenham will now take up that option and clinch a permanent deal worth around £41m, which would put him third on the club’s list of all-time most expensive signings, after new boy Richarlison and Tanguy Ndombele.

While Arsenal have been handed a key boost over Yeremy Pino in the last 24 hours, one player who may not be coming to the Emirates this summer after all is Sandro Tonali.

Reports earlier this week suggested that the Gunners had entered into early talks with AC Milan over a deal for the Italian international midfielder.

However, speaking in a recent interview with Sette Magazine in Milan, Tonali claimed that his future lies at the San Siro.

“[Joining AC Milan] was the right thing to do and my development has been a natural consequence,” he said.

“Being in a team permanently is not like being out on loan. It’s a detail that alone counts little, but makes the difference by adding other factors.

“If you play badly while on loan, you can be worried the club won’t sign you. I joined Milan at the right moment and I want to stay.”

Yet another Barcelona player whose club future has become a dominant theme of this transfer window is Memphis Depay.

The Dutch forward is heading for a Camp Nou exit before the deadline as Barca try to shift the Ronald Koeman signing off their wage bill, with Juventus seen as the most likely next destination amid rival liks over Tottenham and even a potential return to Manchester United.

Football Insider reported that West Ham have now made a big-money offer to Depay to pair with headline signing Gianluca Scamacca and Michail Antonio at the London Stadium.

However, Irons boss David Moyes rejected the speculation yesterday, telling reporters ahead of the clash with Nottingham Forest: “It’s not us.”

Manchester United are trying to sign Barcelona full-back Sergino Dest, according to reports.

The Red Devils are going after a number of players as their rather scattergun approach to the end of a largely frustrating first transfer window under Erik ten Hag continues.

Per Catalan outlet Sport, United are in talks with Barca over a deal for USA international Dest that could be worth just £16.9m.

They are said to have offered Diogo Dalot as part of the negotiations, though the Blaugrana would prefer a straight cash deal as they look to improve their financial situation.

Sport add that Chelsea could yet rival United for Dest, with both clubs still trying to sign his Barca team-mate Frenkie de Jong.

Tottenham are reportedly on the trail of Lucas Paqueta.

North London rivals Arsenal – along with Newcastle – are among a number of other clubs to be linked with the Brazilian playmaker this summer, with French side Lyon facing an obvious fight to retain his services.

According to football.london, Spurs have been tracking Paqueta for quite some time, with suggestions over recent days that he could be allowed to move on for a cut-price fee of just £33m.

However, Antonio Conte is prioritising outgoings at the moment, having made six new signings already this summer.

But once those unwanted players are offloaded, could there be room for one more big splash? Time will tell…

Chelsea are finally edging closer to signing Wesley Fofana, according to the latest reports.

The French centre-back, 21, has long since emerged as Thomas Tuchel’s next top target as he looks to further strengthen and reshape his ageing defence this month.

Chelsea’s opening two bids in a protracted pursuit have been rejected out of hand, but Foot Mercato report that Leicester have now told the Blues that Fofana can leave the King Power Stadium for a fee of around £80m.

What’s more, the French outlet also claim that Fofana already has an agreement on personal terms with Chelsea.

Arsenal appear to have been offered a key boost in their quest to sign Yeremy Pino.

The Gunners, along with Premier League rivals Liverpool, have identified the Spain teenager as an ideal next recruit as Mikel Arteta looks to strengthen his wide option before the September 1 transfer deadline.

That pursuit has only been strengthened by yesterday’s comments from former Arsenal boss Unai Emery, who admitted before Villarreal’s LaLiga opener against Valladolid tonight that Pino would likely have to depart if a suitable bid arrives.

“If an offer arrives for players like Yeremy Pino, then he will have to leave,” he said.

“We have a responsibility with the club. It is what it is.”

Tottenham head coach Antonio Conte has backed Romelu Lukaku to be a success in the Premier League in future, despite flopping at Chelsea.

Lukaku returned to Stamford Bridge in a club-record £97.5million deal last summer on the back of two outstanding seasons under Conte at Inter Milan, only to struggle and this summer rejoin the Serie A side on loan.

Conte said: “For sure, he [Lukaku] has the potential to play in the Premier League. I remember very well when he started to play last season, he played really well and you in the media said Lukaku is really strong. A lot of things can happen to drop [a player’s] confidence.

“I know for sure he is a bit disappointed with his impact, because he wanted to have another impact in England. But he has time. Now it’s right for him to play for an important club in Italy to try to get again confidence in himself. But we are talking about a really important, a really good striker.”