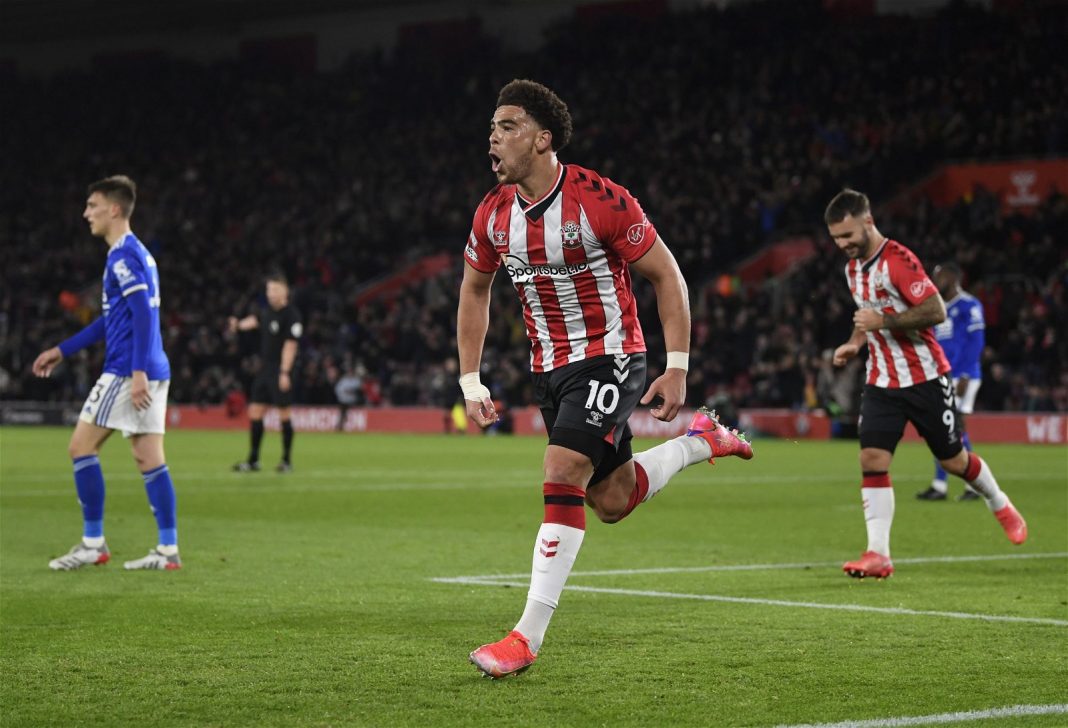 Leeds United scrapped their way to survival in the Premier League last season as they stayed up on the final day of the campaign.

Jesse Marsch replaced Marcelo Bielsa and led the team to safety as Burnley, Watford, and Norwich dropped back down to the Championship.

Scoring goals was an issue for the Whites as their starting number nine – Patrick Bamford – was restricted to nine appearances due to injury. Raphinha (11) and Jack Harrison (eight) were the only players with more than six top-flight goals, with the former since moving on to Barcelona.

Rodrigo and Dan James, who filled in up front at times, managed 10 goals between them and this suggests that the club lack a good alternative option to Bamford – particularly with the aforementioned duo being attacking midfielders/wingers by trade.

Journalist Craig Hope recently named the Whites as one of the teams keen on a deal to sign £52k-per-week Southampton striker Che Adams, alongside Nottingham Forest, Wolves, and Everton.

By snapping him up in the coming weeks, Leeds could land a dream signing to compete with Bamford for the number nine position.

Ralph Hasenhuttl once dubbed the Scotland international a “ketchup bottle phenomenon” because of his hotstreaks in front of goal, with a burst of goals after a barren run.

In the Premier League last term, he found the back of the net seven times and set up three. All seven of those strikes came within a 14-game spell, with no goals either side of that in his 30 appearances.

This came after he managed nine goals and five assists in the top-flight in 2020/21. He scored five of those in the first 11 matches and enjoyed a run of four goals and four assists in nine outings later in the campaign, which points to the accuracy of his manager’s comment.

Whilst he may not have the consistency to do it regularly over the course of an entire season, Adams has proven that he can score and assist goals in the Premier League.

He is a natural number nine, unlike Rodrigo and James, and would come in as a player who knows exactly what it takes to perform at this level. The gem can score goals, even if they come all in one go, and that is why he could be a dream alternative option to Bamford.

Bringing Adams in would mean that an injury to the former Chelsea man would not leave Marsch scrambling around at the top end of the pitch, as he would have a player who has proven that he knows how to find the back of the net.