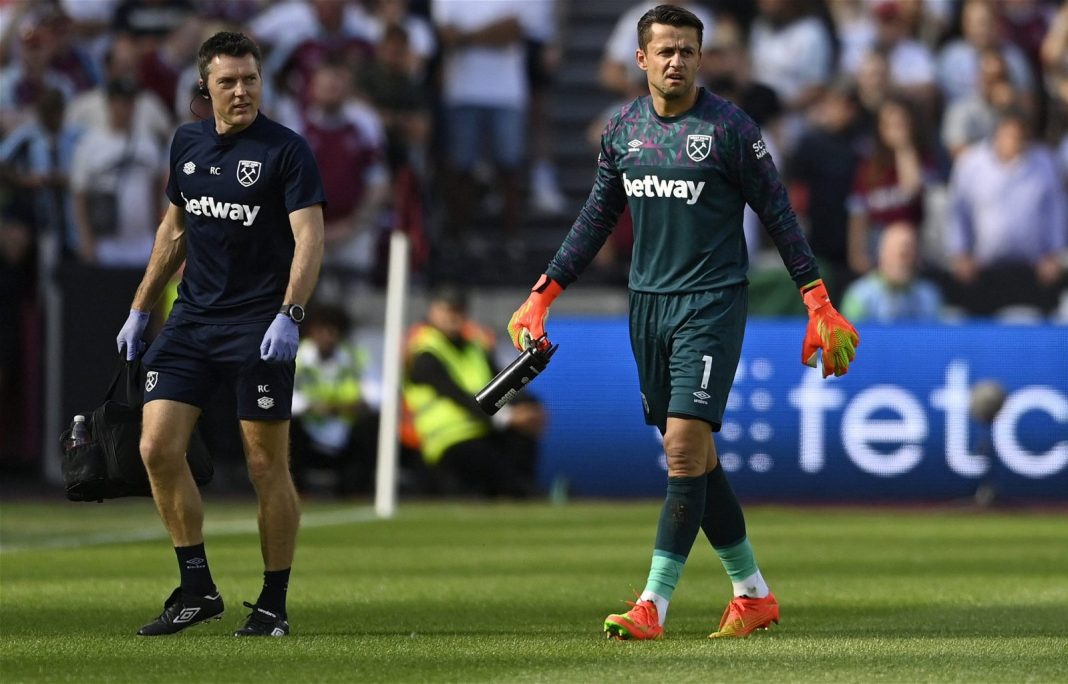 West Ham United have been handed an injury boost ahead of Sunday’s Premier League clash with Nottingham Forest.

That’s according to Claret&Hugh, with the West Ham insider revealing in a recent post that, despite being brought off with a dead leg in the 2-0 defeat to Manchester City last weekend, Lukasz Fabianski is now 90% certain to feature at The City Ground on Sunday.

In their post, C&H said: “Lukasz Fabianski has been described as 90% certain to be involved against Nottingham Forest after being replaced during the opening day defeat against Manchester City.

“Claret&Hugh has been told that Fab sustained a bad dead leg during the game but that he appears to have made a very good recovery. As a result, the club is highly optimistic that he will be involved against the newly promoted outfit.”

While it is true that Alphonse Areola is an extremely capable deputy for Fabianski between the West Ham sticks, the news that the 37-year-old looks as if he will be available for selection on Sunday is nevertheless sure to have left David Moyes buzzing.

Despite his advancing years, the £900k-rated shot-stopper is still an incredibly important part of the Hammers’ starting XI – something he more than proved in the top flight of English football last season.

Indeed, over his 37 league fixtures in 2021/22, the former Poland international was in exceptional form, keeping eight clean sheets and making an average of 3.1 saves – the 10th-most in the division – per game,

Those returns saw the £65k-per-week ‘keeper average an impressive SofaScore match rating of 6.91, ranking him as Moyes’ joint ninth-best performer in the league last time out.

His numbers and impressive displays will be equally vital after Areola’s mishap against City. The substitute stopper had only been on the pitch a matter of minutes before he raced out of his goal and brought Erling Haaland down for a penalty.

As such, it is clear for all to see that the 57-cap international’s speedy return to fitness will come as a huge boost to Moyes and his side – who will undoubtedly be hoping to pick up their first points of the 2022/23 campaign with a win over Steve Cooper’s newly promoted side this weekend.