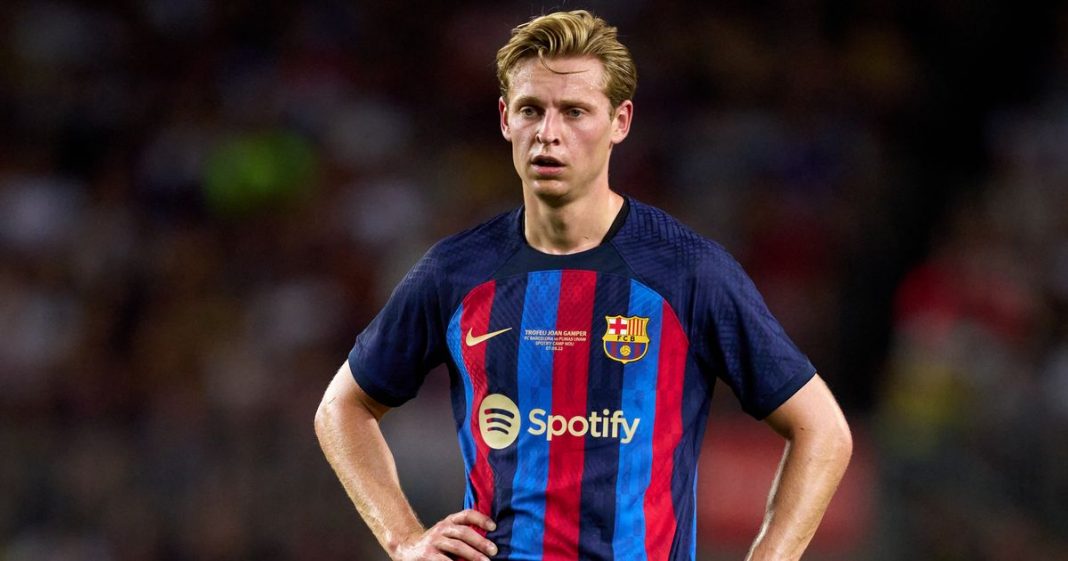 The Red Devils fell to a disastrous defeat to Brighton in their first competitive game under Erik ten Hag. And with fresh protests being aimed at the Glazers, a former club director has revealed he is lining up a takeover bid.

That news comes as United chiefs were warned that even Pep Guardiola would not be able to aliviate the crisis engulfing the club and Frenkie de Jong came under new pressure to either accept a pay cut or leave Barcelona. Here, Mirror Football rounds up the latest United news.

HAVE YOUR SAY! What should be Manchester United’s starting line-up for their clash with Brentford? Comment below.

Former United director Michael Knighton has revealed he hopes to launch a bid to buy the club and end the Glazers’ turbluent reign.

Knighton formerly owned Carlisle United, though did face major backlash from fans of the Cumbrian club. Even so, the flamboyant businessman has confirmed that he is part of a consortium that are looking to take over the Red Devils.

“We have an inept and frankly useless ownership who know little about this game of football. Everyone knows that we need new ownership of this football club and that is my aim and those are my objectives,” Knighton told Man Utd The Religion.

The dreadful defeat to Brighton means that the pressure is already on new boss Ten Hag, but United have been told that even Pep Guardiola would be helpless.

Guardiola is one of the best coaches in the world, having won four of the last five Premier League titles. But former Liverpool star believes that even the Manchester City boss would struggle given the current squad at Old Trafford.

“This Manchester United team right now, this squad of players, absolutely confirms that it doesn’t matter how good the coach is. If you have players who are not capable of playing at a level where the club should be, it’s not going to happen,” Nicol told ESPN.

Frenkie de Jong is coming under renewed pressure to either agree to a pay cut or leave Barcelona for Manchester United.

The Dutchman is the Red Devils top target for the summer window, but a deal has stalled over his unwillingness to move to Old Trafford. But Barca have insisted that if he is to stay then he will need to agree to a pay cut.

Club legend Gerard Pique has already agreed to cut his salary as the La Liga giants look to alleviate their financial issues. And another team-mate has followed in his footsteps to pile the pressure on De Jong.