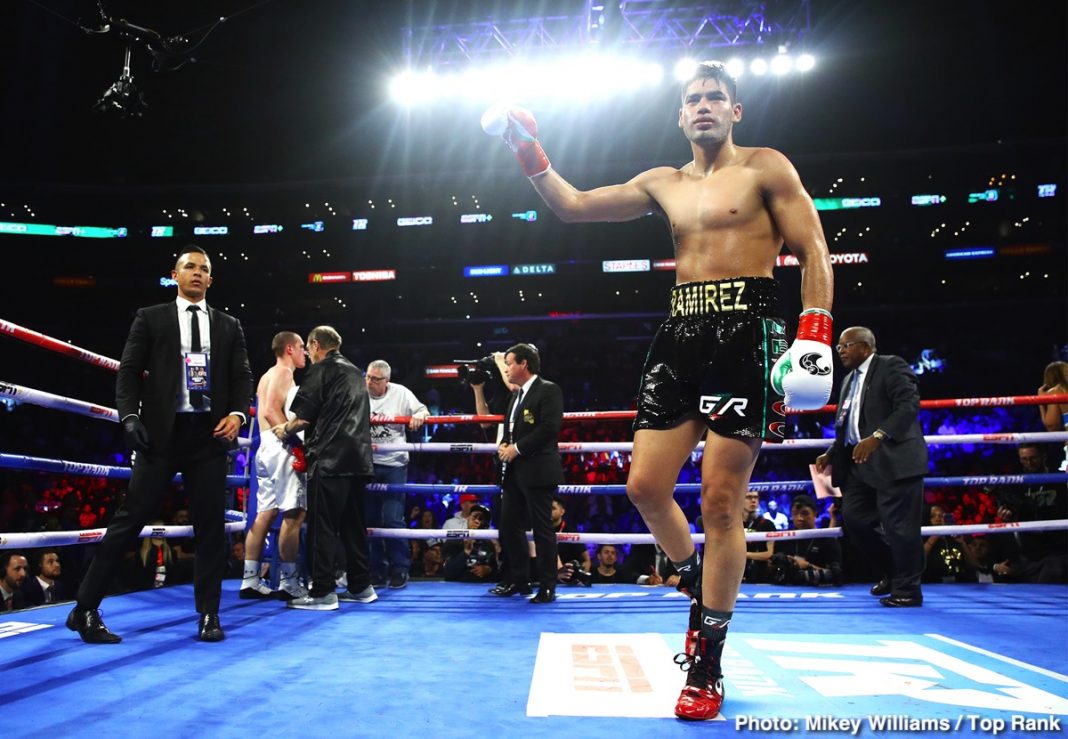 By Dan Ambrose: Oscar De La Hoya of Golden Boy Promotions was pleased with the WBA’s decision on Wednesday to ratify the clash between 175-lb champion Dmitry Bivol and mandatory Gilberto ‘Zurdo’ Ramirez.

Oscar feels that the Boxing Association did the right thing by siding with him that Bivol (20-0, 11 KOs) must defend against Ramirez next.

Bivol’s promoter Eddie Hearn petitioned the WBA to grant Bivol permission to take a voluntary defense against Joshua Buatsi next. Hearn’s idea was for Bivol to fight Buatsi, and the winner would then defend against Gilberto Ramirez.

The fight that Bivol wants is a rematch with Canelo Alvarez after beating the Mexican star last May in Las Vegas.

Now to get to the rematch with Canelo, Bivol must beat Ramirez and then likely Buatsi if Hearn pushes hard for that fight.

“We find the ruling fair and honest considering Zurdo Ramirez has fought two elimination bouts and has been the number one contender for this fight since his victory against Sullivan Barrera in 2021. We will continue to work hard to support Ramirez as he campaigns to one day become a two-division world champion.”

What you can say is the WBA made it awfully easy for Zurdo Ramirez to become the mandatory challenger to Bivol because the two guys that he beat, Sullivan Barrera and Dominic Boesel, are nothing special.

If Ramirez gets soundly beaten by Bivol,  De La Hoya will need to make a decision on what direction to take him. While Ramirez does have huge size for the light heavyweight division, his lack of speed is going to continue to hinder him.

Bivol, 31, is coming off the biggest win of his career with his victory over Canelo Alvarez. This is the fight that the boxing world wants to see right now.

They’re no longer excited about seeing Canelo fight the 40-year-old Gennadiy Golovkin for obvious reasons. Golovkin has gotten too old, and he could fall apart on September 17th when he gets in there with Canelo.