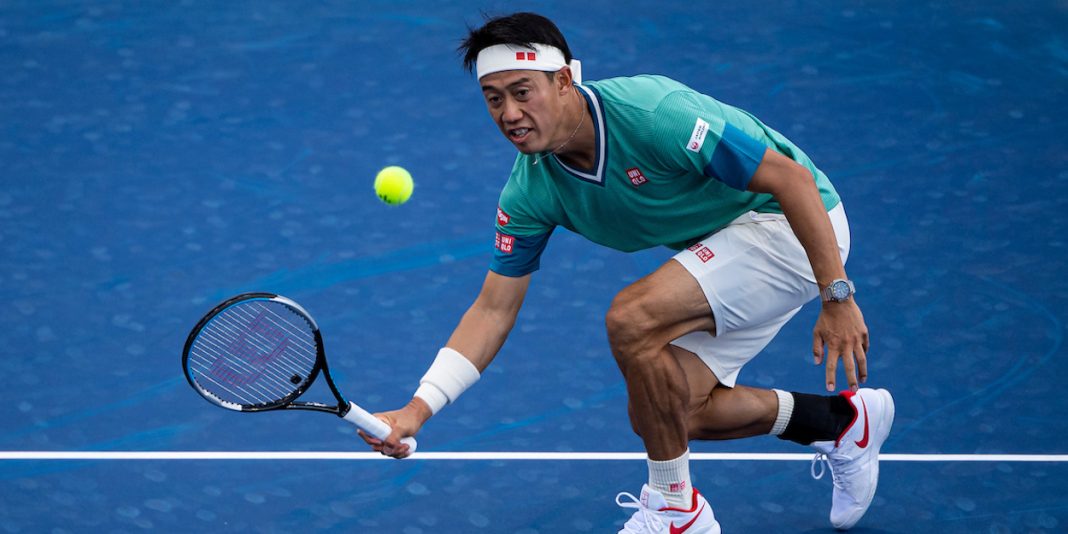 Nishikori Achieved Career-High No. 4 in Pepperstone ATP Singles Rankings in 2015

Since turning professional in 2007, Nishikori has captured 12 career ATP singles titles. In 2014, he scored a thrilling 6-4, 1-6, 7-6 (4), 6-3 semifinal victory over World No. 1 Novak Djokovic at the US Open and became the first Asian to reach a Grand Slam men’s singles final.

“I want to thank the San Diego Open ATP 250 for the Wild Card. It’s exciting to have the opportunity to come to a beautiful city like San Diego and play at Barnes Tennis Center,” said Nishikori, who reached a career-high No. 4 in the Pepperstone ATP singles rankings in 2015.

“I’ve heard so many great things about last year’s tournament. Players said the Stadium Court is very nice and the fans were fantastic. I’m really looking forward to playing this event in September,” added Nishikori.

The 32-year-old Nishikori, currently ranked No. 297, is returning to the ATP Tour after undergoing arthroscopic left hip surgery in January this year. He has not competed in an ATP Tour event since playing in Indian Wells, Calif., last October.

“We are very happy to extend a Wild Card to Kei Nishikori. Fans will have a great opportunity to watch the top Asian player in the history of the ATP Tour,” said Tournament Director Ryan Redondo. “We are looking forward to having a strong international player field for September’s ATP 250 tournament at Barnes Tennis Center.”

Nishikori was scheduled to play in last year’s inaugural San Diego Open ATP 250, but withdrew just prior to the start of the tournament with a lower back injury.

The 2022 San Diego Open ATP 250 tournament will feature a 28-player singles main draw and a 16-team doubles draw. The event offers a total of $612,000 in prize money and tournament champions will receive 250 ATP ranking points.

Tickets for the San Diego Open ATP 250 and San Diego Open WTA 500 go on sale Friday, Aug. 12. Tickets can be purchased on the official tournament website at: https://barnessdopen.com/

The City of San Diego is the fifth city in the United States to host ATP Tour and WTA Tour tournaments in 2022, joining Indian Wells, Miami, Cincinnati and Washington.