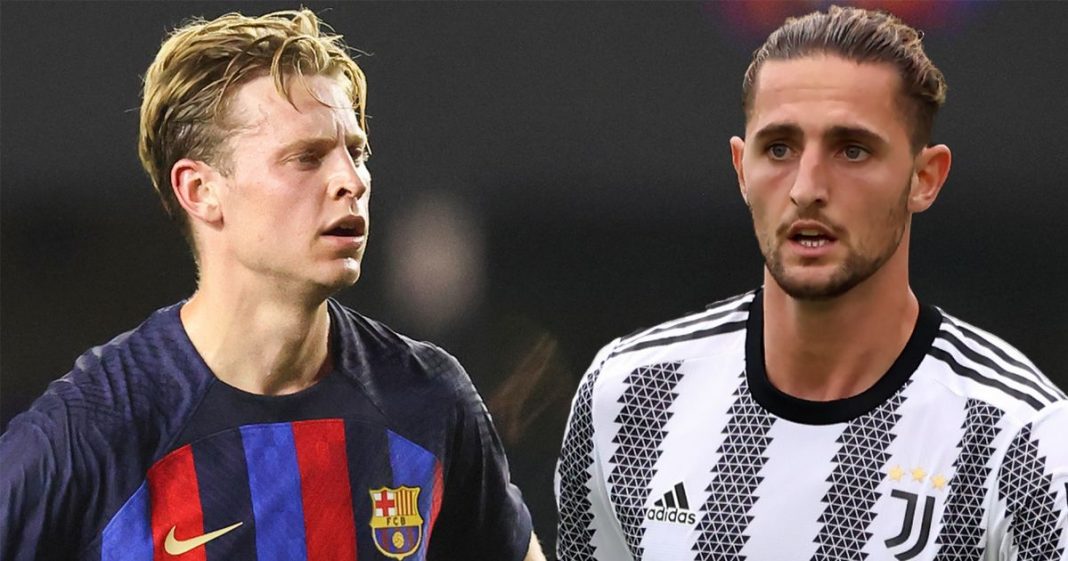 Erik ten Hag was given a harsh reminder of his need for a new midfielder on Sunday afternoon as Manchester United lost 2-1 to Brighton at Old Trafford.

The Red Devils are on the hunt for a central midfielder after releasing Paul Pogba and Nemanja Matic in June. They’ve made three signings so far this summer – Tyrell Malacia from Feyenoord, free agent Christian Eriksen and Lisandro Martinez from Ajax.

It appears United have made a breakthrough in their search for a new body in the centre of the park. They’re reportedly close to signing Adrien Rabiot after agreeing a fee with Juventus, although their hopes of landing Barcelona star Frenkie de Jong look slim. Here are the latest headlines from Old Trafford.

Rabiot was against the idea of playing for a non-Champions League club… until United came calling.

According to The Telegraph, the 27-year-old is interested in a move to England but would prefer to play for a Champions League side. He’s willing to make an exception for United – who will compete in the Europa League this season – due to the club’s stature.

United have won a record 20 English league titles – one more than bitter rivals Liverpool – and three European Cups, among other honours. Yet they’ve struggled in recent years, not lifting the Premier League since 2012-13 or any silverware since 2016-17.

Rabiot has a fine CV, winning 22 trophies to date for club and country – including five Ligue 1 titles, the Serie A title and the Nations League. He’s been a regular for Juventus since joining the club from Paris Saint-Germain in July 2019, making 129 outings to date.

Keys tears into the boss

Ten Hag “delivered nothing” and “looked lost” on Sunday. That’s the view of former Sky Sports anchor Richard Keys, who claimed the Dutchman hasn’t changed a thing since replacing Ralf Rangnick at the start of the summer in his weekly blog.

“Nothing has changed since Rangnick picked his last team,” wrote Keys. “Nothing. No – I’m sorry. They’ve got a 5’8 centre-back [Lisandro Martinez] that’s likely to have the a*** ripped out of him most weeks now that proper No.9’s are back in fashion. Who’s idea was that for goodness sake?

“Ten Hag has talked a good game since his appointment. He delivered nothing on Sunday. Have Brighton got a better squad? I don’t think so – but their coach got them playing. Ralph ten Hag [Ralf] looked lost on that touch line.”

Barcelona are reportedly considering taking legal action over De Jong’s contract after asking him to take a pay cut.

The Spanish giants want De Jong, 25, to either reduce his salary or leave the Camp Nou to allow them to register their new signings. As per La Liga rules, they must make sales before August 13 for the likes of Robert Lewandowski and Raphinha to play.

It’s believed De Jong is owed more than £17million in deferred wages by Barcelona and still has four years left on his existing deal. United and Chelsea are interesting in signing the Dutchman before the transfer window shuts on September 1.

According to The Athletic, Barcelona want to annul De Jong’s existing deal and return to a previous arrangement. It’s claimed president Joan Laporta and his colleagues believe the contract given to him by the previous board ‘involved criminality’.