Both Conlan and Marriaga Are Aiming for The Bounce Back Victory 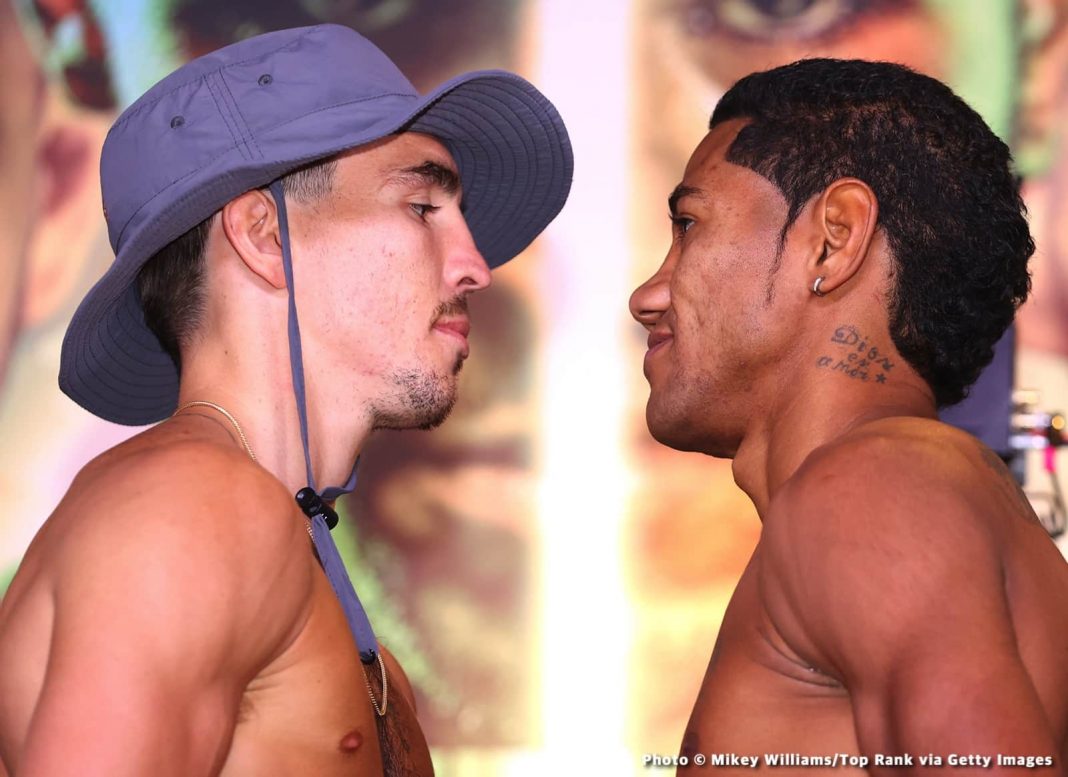 By Vince Dwriter: The August 6 Saturday night main event at the SSE Arena in Belfast, Ireland features a pair of featherweights who are both attempting to recover from adversity. Michael “Mick” Conlan and Miguel “The Scorpion” Marriaga will meet each other in the center of the ring in pursuit of a much needed win to get their boxing careers back on track.

In March 2022, Michael Conlan was involved in an action packed match against Leigh Wood. As the opening round came to a close, Michael Conlan hit Leigh Wood with an explosive left hook that sent Wood down to the canvas. Wood was able to get up and seconds later the bell rung.

Conlan was in control during the early rounds, but Wood was able to come back. At the midpoint of the fight it transitioned to a very entertaining back and forth battle. At the end of the eleventh round, Wood used a short left hook to knock Conlan down. Midway through the twelfth and final round, Leigh Wood ended the fight in dramatic fashion by hitting Michael Conlan with a flurry of shots that knocked Conlan completely out of the ring.

Miguel Marriaga’s previous fight against Eduardo Ramirez, was the opening bout of the Showtime pay-per-view event that featured Gervonta Davis versus Isaac Cruz. Marriaga started the bout off strong, but in the third round he was dropped by Ramirez. From that point on Ramirez was able to set the tone, by controlling the pace of the fight, and outworking Marriaga to earn a unanimous decision victory.

Five months ago Michael Conlan (16-1, 8 KOs), suffered defeat for the first time, and now he’s attempting to get back on track by stepping into the ring to go up against Miguel Marriaga (30-5, 26 KOs), who is an opponent that is motivated and determined. The heavy handed Marriaga is a very dangerous opponent to select as the fighter you would want to face in front of your home crowd after your first career loss.

The Colombian bred boxer Miguel Marriaga, is a bold choice for a comeback opponent because he is dangerous, and he’s on a mission trying to revive his career. When you analyze Marriaga’s career losses, three of them occured in world title fights against high caliber opponents such as Nicholas Walters, Oscar Valdez, and Vasiliy Lomachenko.

Saturday night’s bout should be an action packed match due to the fact that both boxers routinely spend a lot of time fighting in the pocket. Both men are trying to bounce back from a loss, and they took a serious risk when they agreed to fight each other. The loser of this match will have to go back to the drawing board and carefully decide on what the next move will be. The winner of this contest will rejuvenate his career, and take a step forward in regards to getting back into the world title mix. The Michael Conlan vs Miguel Marriaga matchup will air in the U.S. August 6 at 2 p.m. ET live on ESPN+.