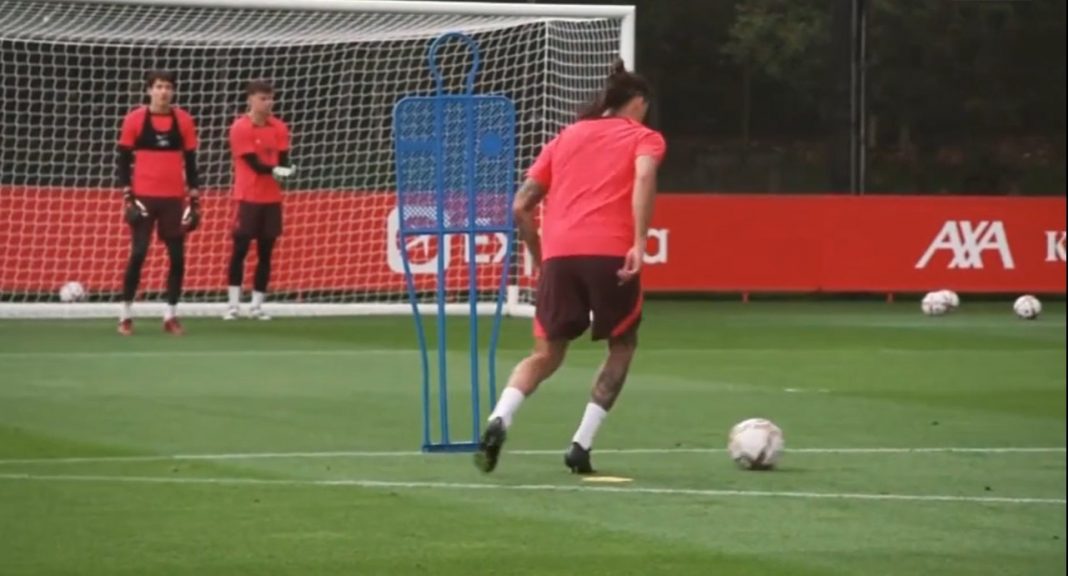 It seems a considerable time ago that Liverpool’s star summer signing, Darwin Nunez, was receiving criticism on social media for his poor performances in preseason.

Nunez was at the centre of the heat as Liverpool were beaten by Manchester United in their first game of preseason, before the Uruguayan responded to fans on Twitter.

Four days later he responded with four goals against RB Leipzig, which went some way to calming the nerves of Liverpool fans. Since, Nunez went on to notch the winner in the Community Shield against Manchester City, already endearing himself to the Kop.

It looks as if he is well on his way to settling in at Liverpool and potentially a successful season. Oozing confidence, Nunez was recently seen showing his natural prowess in front of goal in training.

It could be a fascinating season for the narrative – most have drawn Nunez against City’s Erling Haaland in what could be a fierce battle to become the Premier League’s next top striker.