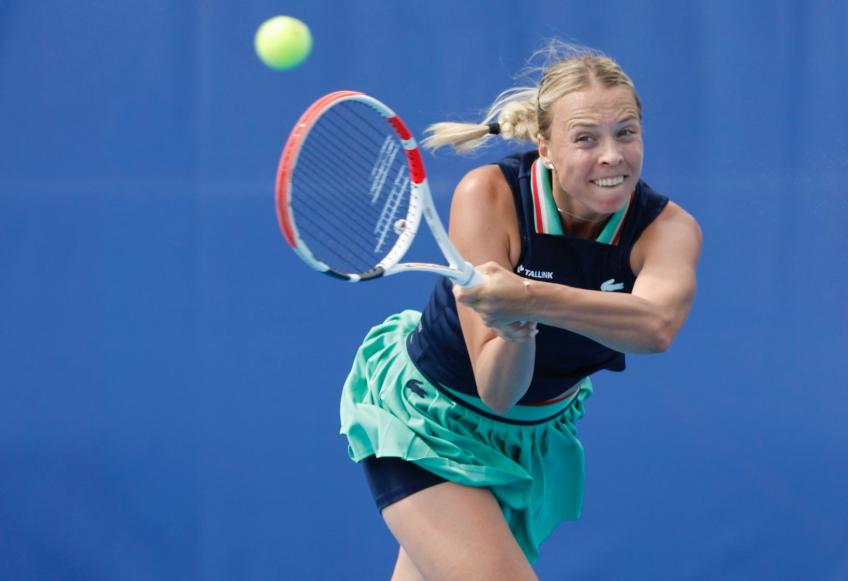 Top seed Anett Kontaveit was through to the quarter-finals of the Prague Open on Thursday. The world no. 2 defeated the Czech Republic’s Lucie Havlickova 6-4, 6-3 in an hour and 12 minutes. Kontaveit won 71% of points both on her first and second serves and won 63% points on return on Havlickova’s second serve.

She was broken once in the match but secured four breaks on her opponent’s serve. Next up for Kontaveit will be seventh seed, Anastasia Potapova. Potapova defeated China’s Lin Zhu 6-4, 7-6(8) in an hour and 48 minutes.

This was the second consecutive match that Potapova played against a player from China this week. In the first round, Potapova defeated Xinyu Wang. Against Zhu, the 59th-ranked Potapova won 72% of her first-serve points to her opponent’s 63%.

Both players won 50% of their respective second-serve points. In terms of break point conversion, Potapova converted four of the five break points she had on Zhu’s serve while saving three of the six break points she faced.

Nao Hibino stunned second seed Barbora Krejcikova in their second-round match in the Czech capital. The Japanese lucky loser came from a set down to oust the former Roland Garros champion, 3-6, 7-6(5), 6-3 in two hours and 47 minutes.

Hibino faced 22 break points but saved all but seven of these. She also converted six of the 12 break points she had on Krejcikova’s serve. Krejcikova’s fellow Czech, Linda Noskova, meanwhile, posted an upset of her own against French fifth seed, Alize Cornet.

Noskova, a main draw wildcard, won 7-5, 1-6, 7-6(7) against the veteran in two hours and 22 minutes. Noskova also finished with 99 points to Cornet’s 110 for the match. Following Barbora Krejcikova’s ouster, Linda Noskova and Marie Bouzkova are the only two home players left in the draw of the Prague Open. Photo Credit: Prague Open Twitter