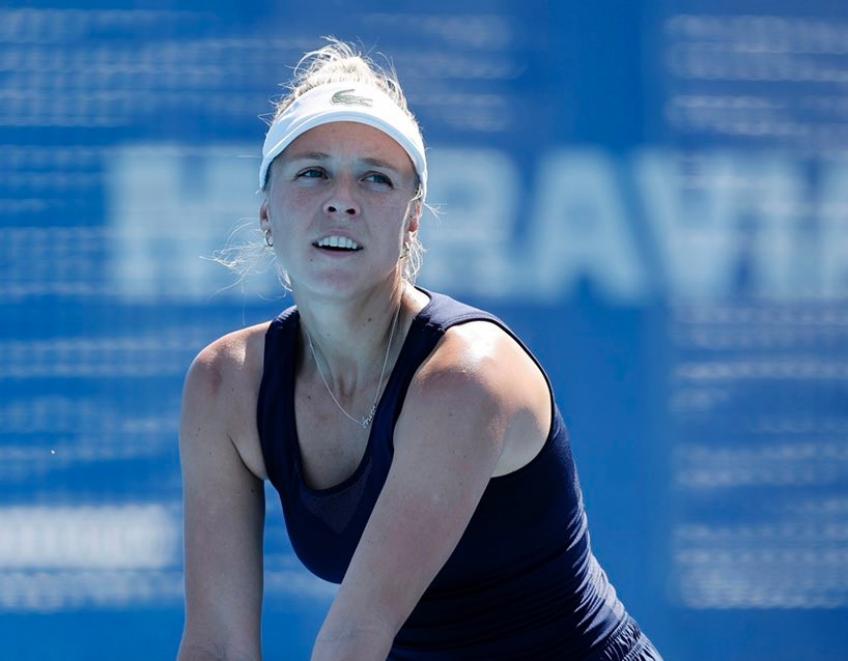 Anett Kontaveit won her opening-round match at the Prague Open on Tuesday. The top-seeded Estonian needed merely 48 minutes to complete a 6-0, 6-1 win over Georgia’s Ekaterine Gorgodze. Kontaveit won 77% of her first-serve points to her opponent’s 45% and 86% points on return on the latter’s second serve.

The world no. 2 faced no break points and converted six of the 10 break points she had on Gorgodze’s serve. In the second round, Kontaveit will play Czech wildcard, Lucie Havlickova. Havlickova defeated fellow Czech, qualifier Barbora Palickova 6-2, 7-6(5) in their opener.

Another Czech, the second-seeded Barbora Krejcikova also won her first-round match in the country capital. The 2020 French Open champion defeated Anna Blinkova 6-3, 6-1 in an hour and 17 minutes. Krejcikova lost her serve twice across the match but went on to convert all six break points she had on Blinkova’s serve.

Krejcikova will play Nao Hibino next.

Oksana Selekhmetova posted the sole upset of the day as she took out fourth seed Sorana Cirstea in their round-of-32 match-up. Selekhmetova who qualified for the main draw won 7-5, 6-4 in an hour and 38 minutes.

Selekhmetova’s opponent in the next round will be Chloe Paquet. Czech players Dominika Salkova and Linda Noskova ensured more home players’ presence in the second round of the draw. Qualifier Salkova ousted Swiss Ylena In-Albon, 6-1, 6-4 in their first-round clash.

Noskova, who received a main draw wildcard advanced after her opponent, lucky loser Natalia Vikhlyantseva retired midway through the match. Noskova was leading 6-2, 3-1 at the time. Salkova will play compatriot, eighth seed Marie Bouzkova next.

Noskova, meanwhile, has set up a match against fifth seed Alize Cornet. The Frenchwoman beat qualifier Anastasia Zakharova 6-2, 6-3 in their opener. Lastly, Viktoriya Tomova and seventh seed Anastasia Potapova also took their places in the round-of-16 of the Prague Open.

Tomova won 6-4, 6-2 against Daria Snigur and will play Magda Linette next. Potapova won 6-1, 6-2 against Xinyu Wang and will take on another Chinese player in Lin Zhu. Photo Credit: Prague Open Twitter