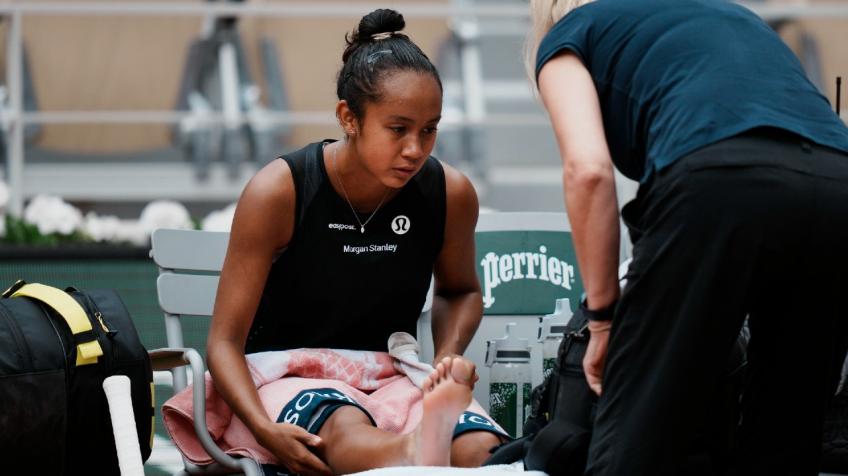 Leylah Fernandez admitted she wasn’t really paying too much attention to her foot injury at first and she was absolutely hearbroken after getting the results from her scans. At the French Open, Fernandez reached the quarterfinal before losing to Martina Trevisan in three sets.

Even though Fernandez was clearly hampered by a foot injury versus Trevisan, she refused to retire. After the match, the scans revealed a Grade 3 stress fracture. “I felt a pinch in my third round match and I didn’t think anything of it,” Fernandez told TSN, as quoted on Tennis365.

“I thought it would be a normal little nick on my foot, but then as the week progressed it was getting worse and worse. In my last match, and even the day before, it wasn’t that great. We were hoping it would be good for the quarterfinals, but it did not go well.

After getting the scan results back, Fernandez knew she would not be able to compete at Wimbledon.

“It was hard. The first few days, I was very heartbroken. I was hoping it would just be a sprain or that a nerve got [pinched] or a muscle in my foot had something wrong and it would just be a few weeks, but a stress fracture set us back even more,” Fernandez admitted.

“I was very heartbroken because I knew I was close to a semi-final of a Grand Slam and potentially playing against Coco Gauff. That would’ve been a great match.” Fortunately, Fernandez is making a good progress from her foot injury and she is expected to return to action in Washington.

The Citi Open starts on August 1 and Fernandez is set to be one of the players that will highlight the event. Fernandez, 19, has no previous appearances in Washington and she will be making her debut at the tournament this year.