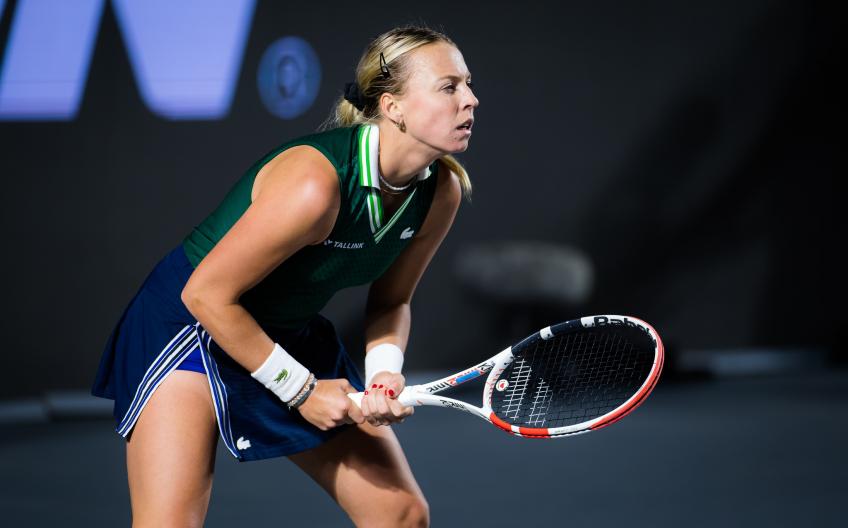 Top seed Anett Kontaveit opened her week at the Hamburg European Open with a win on Tuesday. The Estonian defeated Irina Bara of Romania 6-3, 7-6(3) in an hour and 36 minutes. Kontaveit won 62% of her first-serve points and 54% of her second-serve points to Bara’s 54% and 40% respectively.

Although the world no. 2 lost her serve four times, she also converted six breaks on Bara’s serve. In the second round, Kontaveit will play Rebecca Peterson. Meanwhile, in their first-round match, Bernarda Pera ousted Bara’s compatriot, the ninth-seeded Elena-Gabriela Ruse.

Pera needed an hour and 27 minutes to post a 6-0, 6-4 win against the 2021 champion. Pera broke Ruse seven times while saving six of the nine break points she faced in the course of the match. For a place in the quarter-finals, Pera will play Swiss qualifier Joanne Zuger.

The Serbian will take on Aliaksandra Sasnovich for a chance to make it to the quarter-finals. In addition to the first-round matches, a handful of second-round matches were also completed in the German event on Tuesday.

Third seed Barbora Krejcikova reached the quarters with a 6-3, 6-0 victory over Magdalena Frech.

In the quarter-finals, the 2021 French Open champion awaits either Maria Carle or Anastasia Potapova. Eighth-seeded Andrea Petkovic also made her way through to the quarters with a 6-4, 6-3 win over Misaki Doi. The German’s next opponent will be either Kontaveit or Peterson.

Lastly, at the bottom of the Hamburg European Open draw, Katerina Siniakova clinched a 6-1, 6-1 win over Laura Pigossi to reach the quarter-finals. The Czech will play either Pera or Zuger next.