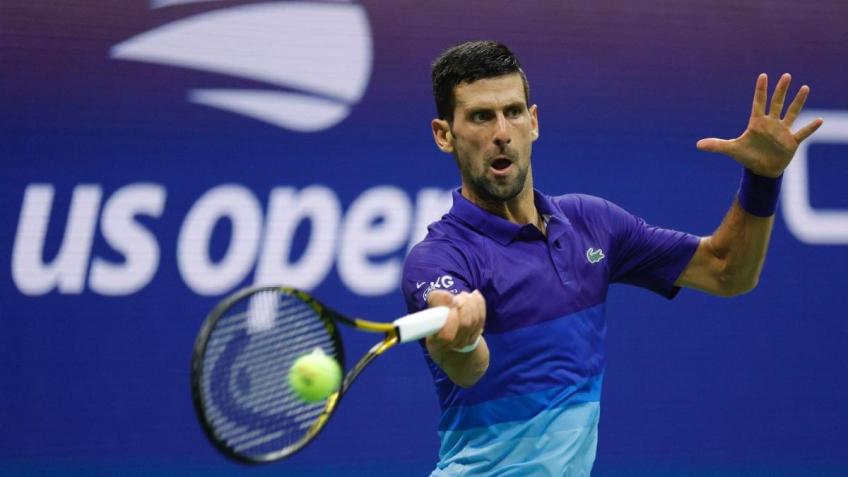 Flavio Cobolli thinks that Novak Djokovic should be allowed to compete at the US Open as he feels it wouldn’t be good for the game to see probably the best player in the world ranked outside the top-20. Djokovic won Wimbledon but dropped to No.

7 in the world after the ATP decided to remove ranking points from this year’s Wimbledon. Djokovic hasn’t been vaccinated against COVID-19 and there is a strong chance he won’t be allowed to enter the United States for the US Open.

Djokovic reached the US Open final last year and he would experience a notable ranking drop if he was unable to compete at the US Open. “I’m not sure, but I believe that seeing the strongest player in history being out of the top 20 at the end of the year is not good for tennis and will certainly weigh on us all.

In my opinion, it is right to let him play in America because it is also thanks to him that the tournaments are even more beautiful,” Cobolli told OA Sport, per Sportskeeda.

Cobolli feels Djokovic should be allowed to play the US Open

Djokovic is sticking to his principles and he has made it clear that he won’t be taking the vaccine just so he could compete at certain tournaments.

“The Australian saga for me was of course not pleasant at all. But what most people probably still think that I forced my way to Australia and tried to come in with no papers, permissions or exemptions is not true. This was proven in the court case.

I would never go to a country where I don’t have permission to travel,” Djokovic explained. After winning Wimbledon, Djokovic went to the Archeological Park in Bosnia, where he launched two tennis courts. Djokovic has since returned home and he is resting following a victorious Wimbledon run. It remains to be seen where will Djokovic play next.