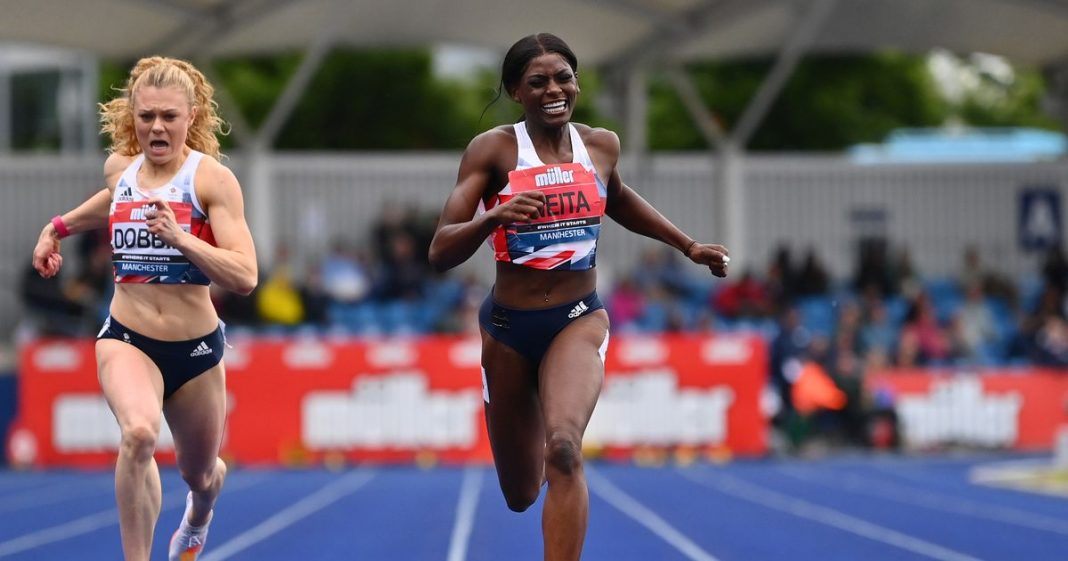 She already has the scalp of Dina Asher-Smith, now Daryll Neita has her sights set on the world.

At Hayward Field this weekend the planet’s fastest woman will be crowned and Neita intends to be part of the conversation.

Having spent so much of her career in the shadow of Asher-Smith, the in-form Londoner insists the time has come for her day in the sun.

“I can compete against the best, I feel this is where I’m meant to be,” she said bluntly. “I don’t put limits on myself. I really believe I can do well here.”

In Tokyo last summer the attention belonged to Asher-Smith who went in as a world champion and was tearfully undone by injury.

Amid the commotion, almost unnoticed, Neita reached the final of the 100 metres. The lack of recognition lit a fire in her.

“You guys want a rivalry and, yes, Dina has been doing incredible things for years, inspiring all of us,” said the 25-year old.

“But I’ve been there all that time. I’ve always known I can do it too and it’s great we can both now challenge the world.”

Last month Neita beat Asher-Smith to the British 100m title. The former champion’s pride was dented, more than she cared to admit.

“I’ve known Daryll for absolutely ages and she is very talented,” she said. “I’m happy she’s at a place where she can push on to really realise her potential.”

This could yet turn into a domestic scrap for a minor placing as Jamaican trio Shelly-Ann Fraser-Pryce, Shericka Jackson and Elaine Thompson-Herah lead the rankings ahead of rising US star Abby Steiner and will take some shifting from the podium.

But Neita watched Italian unknown Marcell Jacobs spring a monumental shock by winning the men’s 100m in Japan and reckons providing she comes through the rounds without mishap it is “anybody’s game”.

“The event is so stacked right now – you need to have your head screwed on to be able to compete against these ladies,” she said. “But I believe I’m capable of a lot more. That this is just the beginning.”

Eilish McColgan has the first medal chance for Britain today in the women’s 10,000m – 31 years after mum Liz won the same title in Tokyo.

The Scot, set for her London Marathon debut in October, is among the fastest in the field and said: “I don’t think the others are out of my reach as much any more.”