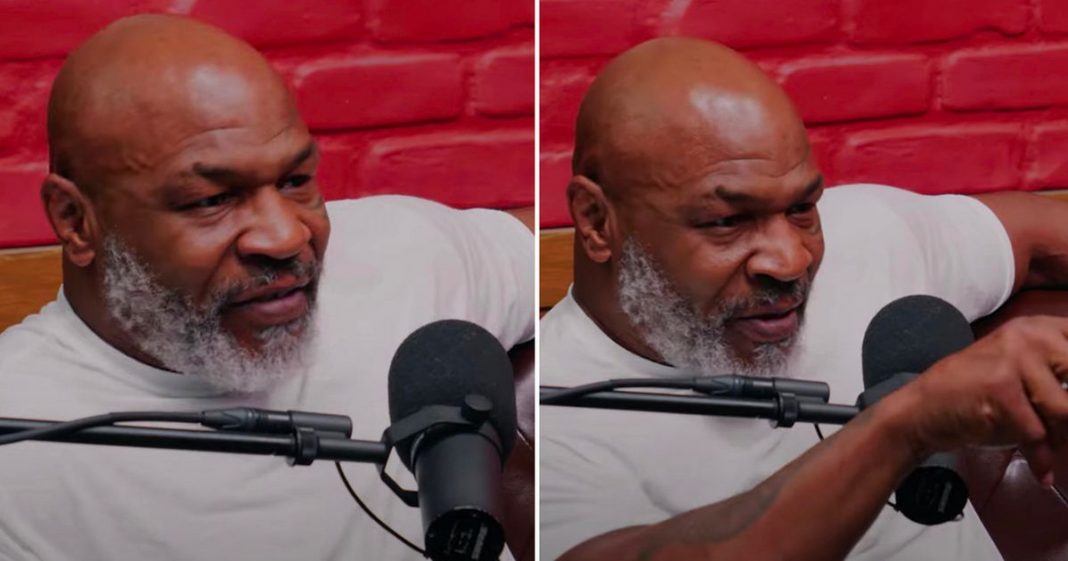 Mike Tyson admitted he was scared of “everything” during an emotional conversation with his therapist.

The boxing legend is considered one of the best heavyweights to ever grace the ring having reigned as undisputed champion during his hugely successful career. Tyson entertained with thrilling displays throughout his career which were created by his aggressive and forward-thinking style.

Tyson has rarely been seen showing any sign of fear during his boxing career and took on some of the toughest challenges during his turbulent time in the ring. However the 57-year-old has now revealed his biggest fear while breaking down in tears on the latest episode of his HotBoxin’ podcast. “I am so scared that I am so violent,” Tyson said after being asked of his biggest fears with therapist Seano.

“I can’t control my violence. Does that make any sense to you? Me, I’m Mike Tyson. I’m so fu***** scared of everything. The only thing I know is to attack. They don’t believe that I hate myself.” Tyson opened up about a number of issues on the podcast including his biggest fear which showed a new side to Tyson after the ferocity and excitement around his boxing career.

Tyson retired from boxing in 2005 after back-to-back defeats against Danny Williams and Kevin McBride. However he has recently been thrust back into the limelight after facing Roy Jones Jr in an exhibition. The legendary star showed glimpses of his trademark style and helped make the event a huge success.

Ever since lacing up his gloves again, Tyson has been linked with a whole host of new exhibition outings including against heavyweight champion Tyson Fury and YouTube brothers Logan and Jake Paul. Despite initially plotting a ring return, Tyson cast doubts over having another fight despite continuing to remain in good shape with intense training.

Do you think Mike Tyson should return to the ring? Let us know in the comments section below

It even emerged that Tyson was taking supplements to maintain his shape as anticipation over a return following his meeting with Jones Jr heightened. Despite previously shutting the door on a meeting with Paul, Tyson recently revealed his intentions to hold talk with the content creator over a lucrative fight.

However the boxing legend believes any event – which could be worth around $300 million – must happen before the end of the year. “Anything is possible but it has got to happen this year,” Tyson responded when asked about a clash with the YouTube star on the Jimmy Kimmel show. “That could be very interesting. He is skilled enough and I will give it to him because he is winning.

“Even if he is fighting fighters that aren’t meant to be good enough, they should still be beating him but they can’t. He is beating people that he shouldn’t really be beating so you have to give him credit. He is doing good and he is doing things that are great for boxing. This guy has 7 million people following him every time he fights.”