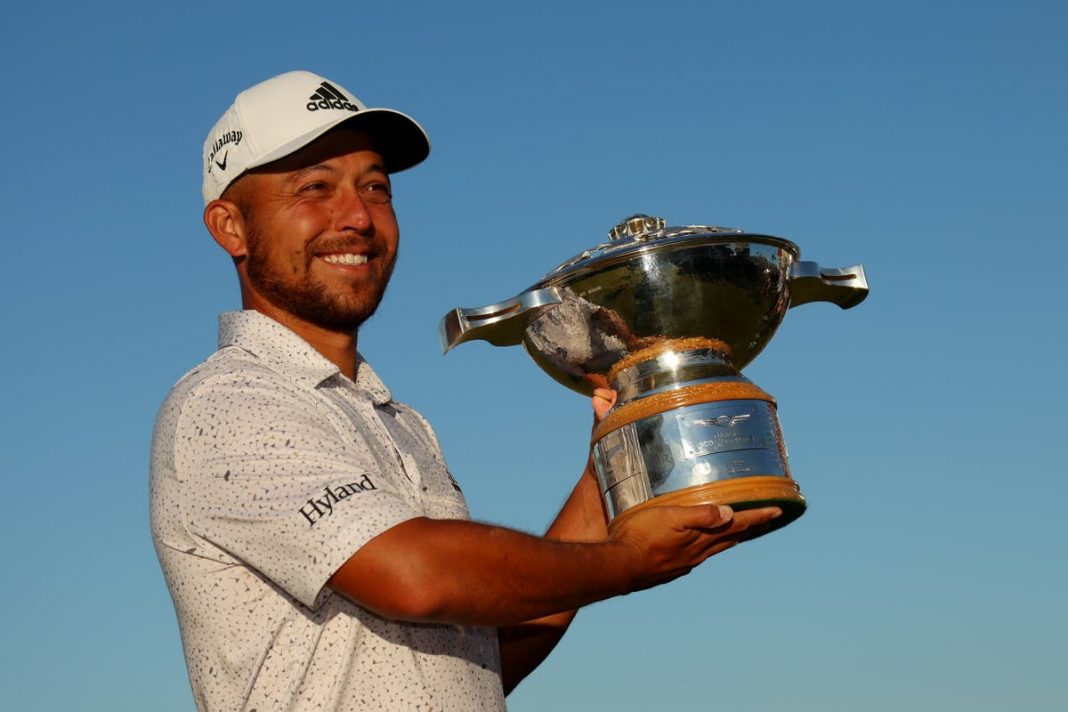 n temrs of Major champions in-waiting, Xander Schauffele has been the next cab off the rank for so long that by now he really ought to have been bankrupted by fines for leaving the engine running.

Yet three successive tournament victories over the past three weekends mean the American arrives at St. Andrews this week with renewed hope of breaking his duck (not to mention a bank balance swelled to the tune of more than $3million – enough to cover any outstanding idling tickets, one suspects).

“I’m playing some of the best golf of my life and capitalising on playing really well,” Schauffele said, as he prepares to tee-off on the Old Course for the first time, having paid a passing visit on his way from from the 2018 Open without swinging a club. “There’s a lot of times all the top players, any player that plays professionally, plays very well but they don’t get everything out of it and I feel like I’ve been successful in getting the most out of my game.”

As much as his talent, it was Schauffele’s start to life in Majors that made it seem so inevitable he would eventually win one. He finished T5 on debut at the 2017 US Open and to the start of this year had, remarkably, finished in the top ten on exactly half of his 18 Major starts, without quite managing to get over the line.

An Olympic gold medal in Tokyo last summer was supposed to help bridge the gap but came in the middle of a three-year run without even a Tour win that only ended when he was rather carried home by partner Patrick Cantlay at the Zurich Classic in April.

In the last month, however, the winning knack has returned and Schauffele will be hoping to follow world No1 Scottie Scheffler’s lead in turning a golden run into Major glory. The 28-year-old was a touch fortunate at the Travellers Championship last month, beneficiary of a three-stroke swing on the final hole as amateur Sahith Theegala double-bogeyed, but backed that up with victory at a highly-competitive JP McManus ProAm and then again at last weekend’s Scottish Open, which 14 of the world’s top 15 players were using as their Open warm-up.

The exception was Rory McIlroy, who, as is now customary, arrives under the burden of seeking to end his own Major drought.

This will be just McIlroy’s second Open at St Andrews after he missed out on defending the Claret Jug at the 2015 edition because of a football injury. His first, back in 2010, defied the trend of his recent Major near misses, which have often been down to poor starts, the Northern Irishman opening with a sensational 63 before being blown away in horrendous conditions in his second round of 80.

That the weather is set about as fair as it ever is in this part of the world will be music to McIlroy’s ears but has prompted concern the Old Course may be too easily tamed by the big hitters in a modern game that has advanced markedly since 2010 (the 2015 renewal featured such strong winds that play extended to Monday and for much of the weekend, a putter might’ve been the club of choice).

McIlroy joked yesterday that as one of the existing order’s chief defenders in the face of the LIV invasion, he would make the ideal Champion Golfer of the Year at an historic 150th Open, but was not getting carried away.

“My confidence is certainly as high as it’s been in quite a while but I can’t afford to go out on Thursday thinking this might be my time,’ he said.

In comparison to the civil war that was raging within golf at the time of the US Open, the noise around the Saudi-bankrolled circus seemed to have quieted (at least until yesterday’s eventful press conferences), perhaps in part because few of the breakaway rebels appear ready to contend this week.

Dustin Johnson’s tie-24th was the best finish managed by an LIV player at Brookline last month as Matt Fitzpatrick took his fine season to another level with a first Major success.

The 27-year-old tasted success at St Andrews as a junior but ahead of his quest for back-to-back Majors admits he has “kind of grown out of enjoying links”, having spent so much time in the States.

One man who certainly has not is Jordan Spieth, who won the Open in 2017, was tied-fourth at St Andrews in 2015 and has two other top-tens to his name, including as runner-up at Royal St. George 12 months ago. “If you’re not getting amped up to play in this Open, I’m not sure this is the right sport for you,” the American said yesterday.

Revved up he may be, but no one will tee-off tomorrow with the game more finely tuned than Schauffele.