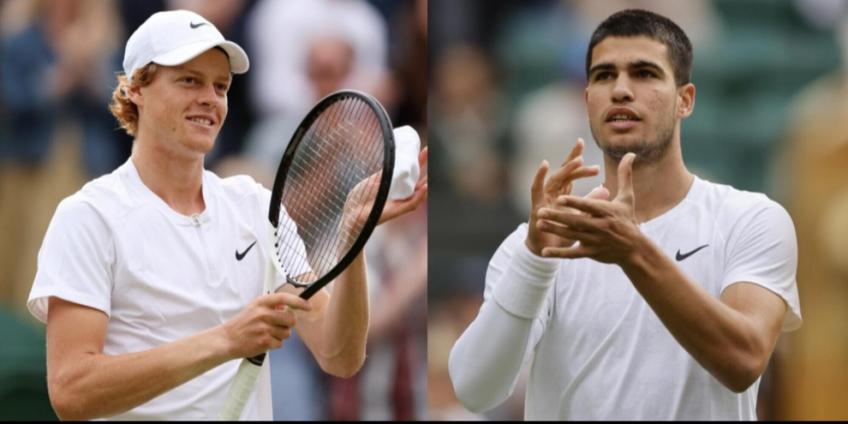 Wimbledon is now special for the Italian colors. After the final reached by Matteo Berrettini in 2021, Jannik Sinner also gave himself great joy in the London tournament, securing the quarter-finals thanks to a splendid victory over Carlos Alcaraz and even touching the feat against Novak Djokovic.

The Serbian is the one who has prevented Italy from dreaming of a Grand Slam several times or greater satisfaction in prestigious competitions, especially the 26-year-old from Rome, considering that he also beat him last year at Roland Garros and the US Open.

Before the match between the former world number one and the Italian, Adriano Panatta made some interesting statements.

The former tennis player lashed out at the inconsistent and linear thoughts of various fans, both as regards the talented 20-year-old and the very young Spanish athlete: “I am always a little surprised by the ease with which judgments are made and then changed idea.

Until a week ago Sinner was a loser, who had done wrong to change coach, and now he already looks like the next Wimbledon winner. On the contrary, until Paris, it was said that Alcaraz would become world number one by the end of the year and would dominate without finding opponents.

Since then, he has had a hard time winning games.” Then he underlined: “So I give you a modest advice: let them grow, give them time and don’t get carried away by contingent situations.” The 71-year-old Roman said he was worried about how tennis is evolving in recent years: “Take the example of Djokovic himself: a phenomenon that is already in danger of being ancient.

In twenty years, players similar to those will have the racket in their hands of the Nba, two meters and ten people who will move with the speed of the little ones, pulling very hard. It will no longer be tennis, but shooting. This is why I think we need to act quickly to slow down the game a little.”