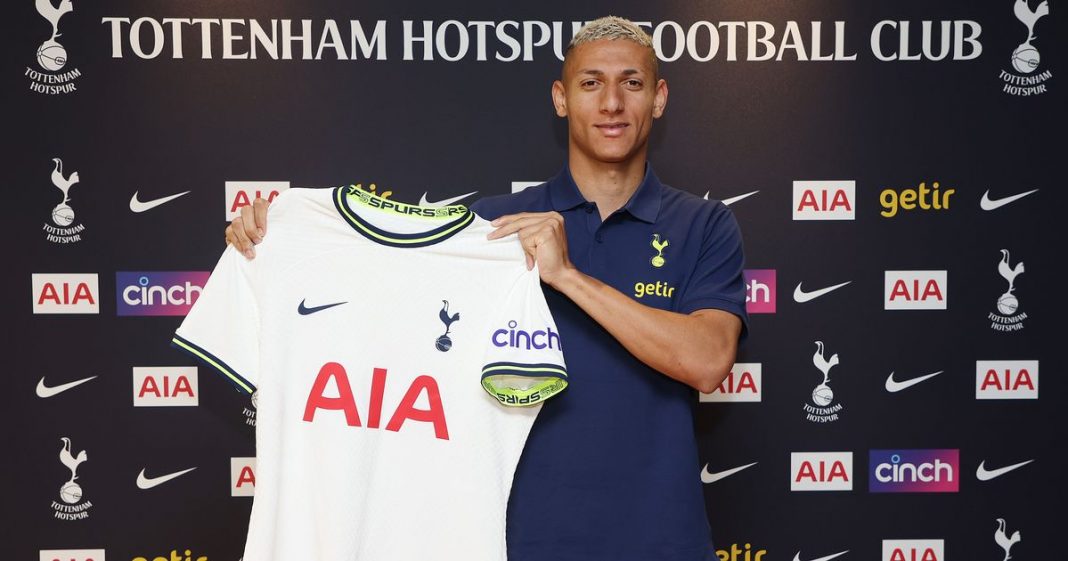 New Tottenham Hotspur signing Richarlison says he had “chills in his stomach” upon signing for the club.

The former Everton star joined Antonio Conte’s side in a £60million move and is expected to play a big role for his new club next season. And he’s now opened up about his blockbuster transfer, saying he hopes “to make history here in this shirt”

It comes as Cristian Romero has explained the significance of his new Spurs shirt number. And former Arsenal forward Olivier Giroud has revealed how close he came to moving to Spurs last year.

Have your say! Who do you think Tottenham Hotspur should target in the transfer market this summer? Let us know what you think in the comments below

Richarlison says he got “chills in his stomach” when arriving at Tottenham Hotspur.

The Brazillian became Fabio Paratici’s latest signing when he joined the club for £60million from Everton. He has now spoken about his move, saying that when the news came in that Spurs had bid for him he “couldn’t believe it”

He says it now “feels like a dream” to have joined the club and he will now work to “make history here in this shirt”.

Speaking to the club’s official website, he said: “I’m very happy for this moment. I remember when I was in Brazil and the offer from Tottenham came I couldn’t believe it. And after I signed the contract, even more so because it feels like a dream. When I arrived here it gave me chills in my stomach to see my new teammates and a new home.

“I hope to make history here in this shirt. And now it’s about working with the great coach I have, with my great teammates too and make history in that shirt.”

Spurs centre-back Cristian Romero has explained his decision to swap shirt numbers ahead of next season.

The defender wore the number four last season after joining from Atalanta. But he’ll be sporting the number 17 next season, explaining the decision to change on social media.

According to football.london, taking to Twitter, Romero says 17 is his “favourite number” as he shared his excitement to be wearing it again.

The forward is currently playing in Ital for AC Milan, having joined from Chelsea. football.london now reports that Giroud was so desperate to leave the Blues that he told his former boss Frank Lampard “I’d have joined Tottenham because I knew that Jose Mourinho wanted me”.

But he also added that a move would have been “difficult” due to his past association with bitter rivals Arsenal.