Elise Mertens announces she has ended collaboration with coach 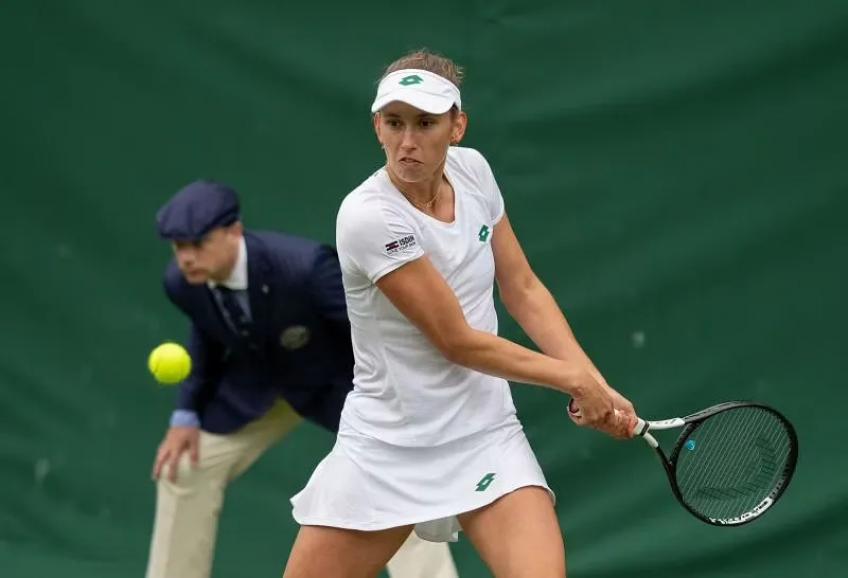 Belgian tennis star Elise Mertens has announced she is ending her partnership with coach Simon Goffin. In the offseason, Mertens added Goffin to her coaching staff. Seven months into the 2022 season, Mertens decided not to continue their partnership.

“I want to inform you that my collaboration with my coach Simon Goffin has come to an end. I’m very grateful for his support and advice, but our different views on how to become a better player have proven to be too challenging.

I wish Simon all the best and I’m sure he will find a new challenge very soon,” Mertens wrote on Instagram Story.

Mertens hasn’t had much success in singles in 2022

Mertens, a former No. 12 in doubles, hasn’t had much success in singles this year as she has reached only two quarterfinals.

On the other side, it’s a completely different story in doubles as Mertens is the top-ranked doubles player in the world and has made six doubles finals this year. On Friday, Mertens and Zhang Shuai defeated Desirae Krawczyk and Danielle Collins to reach the Wimbledon final.

However, Mertens still wants to be a successful player in singles and that’s probably one of the reasons that prompted a coaching change. At Wimbledon, Mertens reached the singles last-16 before losing to Ons Jabeur.

Mertens competed well against Jabeur but the second-ranked Tunisian escaped with a 7-6 (9) 6-4 win. Mertens was twice down by a break in the first set but she twice recovered and managed to force a tie-break. Martens then had a chance to steal the first set from Jabeur but she blew a total of five set points.

After winning a tight first set, Jabeur broke Mertens in the 10th game of the second set, when the Belgian was serving to stay in the match. “She’s a great opponent, really,” Jabeur said of Mertens. “It’s never easy to play her and I had to dig very deep in the tiebreak. I couldn’t imagine myself playing three sets against her.”