Stephen Curry expresses confidence in Warriors amid Kevin Durant trade rumors: ‘I like where we’re at’ 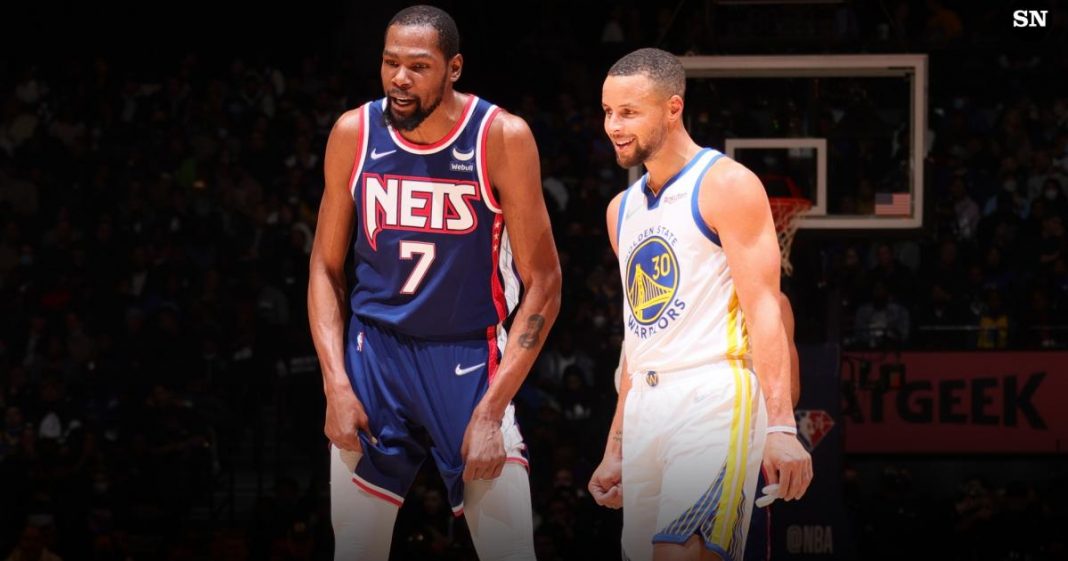 Stephen Curry is on social media. He watches TV. He hears the rumors. But the NBA Finals MVP sounds confident with where the Warriors are heading.

“The rumor mill and all that stuff is part of the nature of the NBA and league,” Curry said in a conversation with Monte Poole of NBC Sports Bay Area. “You take it for what it is.

You know how quickly things can change, but I like where we’re at.

While the Warriors aren’t one of the teams known to be on Durant’s wish list, Golden State has been mentioned as a possible landing spot for the 12-time All-Star. According to The Athletic’s Marcus Thompson, Golden State’s stars have even been in conversations with Durant and have entertained the idea of a reunion — “mostly about the stunning nature of it even being possible” — but they’re not pushing the front office to pursue him.

As of July 3, sources in the Warriors organization told Thompson that a Durant trade is “highly unlikely.”

The Warriors could put together an interesting package for Durant without Curry, Klay Thompson or Draymond Green, but it would almost certainly have to include Andrew Wiggins to have a shot at matching his salary along with some combination of Jordan Poole, James Wiseman, Moses Moody, Jonathan Kuminga and draft picks to meet Brooklyn’s asking price.

After all, Brooklyn reportedly asked the Minnesota Timberwolves for Anthony Edwards, Karl Anthony-Towns and four first round draft picks. That’s steep price to pay for just one player in return, even if it’s Kevin Durant.

The Warriors selected Wiseman with the No. 2 pick in the 2020 NBA Draft. Moody and Kuminga were both lottery picks in the 2021 NBA Draft, and Poole was one of this season’s breakout players.

MORE: Could Durant stay with Nets after trade request?

Durant spent three seasons with the Warriors and posted averages of 25.8 points, 7.1 rebounds and 5.4 assists per game. He led Golden State to back-to-back championships, earning Finals MVP both times.