“The future belongs to Jannik Sinner” 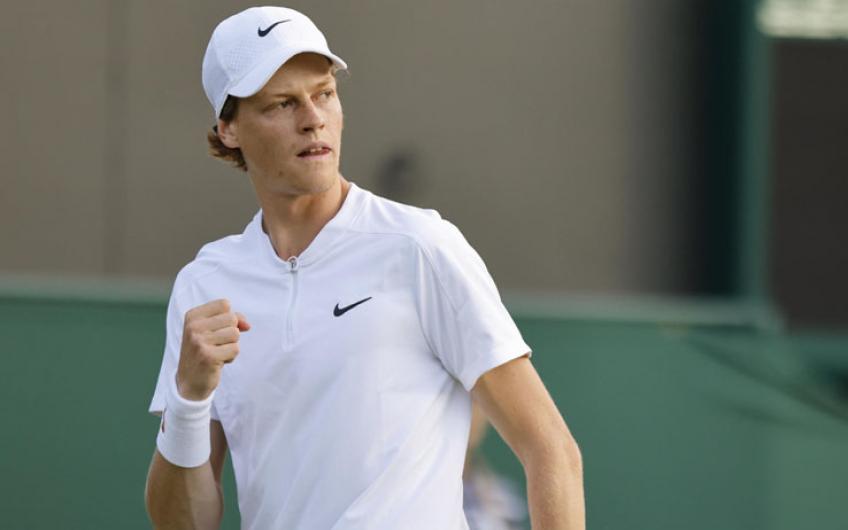 Even the side that was more skeptical about his talent some time ago changed their minds by observing the quarter-final battle at Wimbledon, as well as the one with Alcaraz. Jannik Sinner played a great match for two full sets against Novak Djokovic, cornering him and forcing him to a hard and tiring comeback, which he finally succeeded after five sets thanks to his now well-known champion skills.

The Italian was missing something again to reach the top of the performance and take his first career victory over a top 5, stopping again one step away from the finish line, but the team is continuing to work to fix these details.

The figure against the best in the world is now with an even more negative balance of 0-13, but at the end of the tournament the statistics and the positive feelings for the blue can only stand out. No one would have definitely predicted that the 20-year-old, without even a grass success in a main draw before the London Slam, had beaten the Spaniard Carlos Alcaraz quite clearly and had won (dominating for long stretches) the first two halves against the Serbian.

A satisfying ride that confirms all the talent of the native of San Candido and how he can be the protagonist on all surfaces, now there are no more doubts.

In these 10 days the Italian has given good answers from a physical point of view, going into difficulty only in the third and fourth set with the former number one in the world, and in the level of his game. Sinner has shown great solidity with the backhand, as well as improvements to the net and with the second serve (more variations, especially useful when the first leaves him in some crucial phases of the match).

After the defeat against Nole, the former tennis player Paolo Bertolucci was keen to pay a great tribute to the match played from Alto Adige: “We just need to be proud of a boy with this quality and behavior. Still great,” he declared, adding with great conviction: “Let’s face it, the future can only be his,” he concluded.

Strong and splendid words from the 70-year-old from Forte dei Marmi, who remains a huge fan of the Next Gen ATP winner Finals 2019.