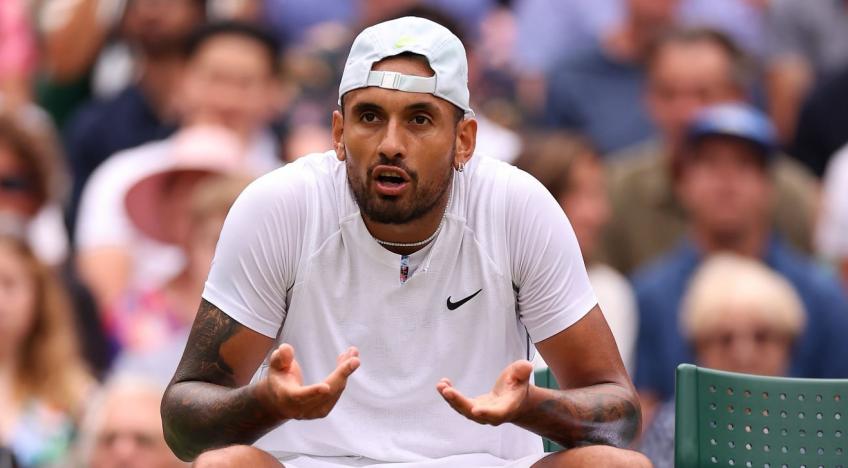 Former seven-time Grand Slam champion Mats Wilander has shared some advice to Nick Kyrgios’ opponents as he thinks the best thing to do is to simply not care and to not even look in the Australian’s direction. Kyrgios, 27, got into Stefanos Tsitsipas’ head during their third round meeting and the Greek paid the utlimate price for that as the Australian won in four sets after being down by a set.

The most important thing is to be prepared for that. That means, don’t worry about it, don’t care, don’t listen to what Nick is saying, basically don’t look at him. Play the tennis ball that is coming at you and know that the guy hitting it at you is one of the most talented players of all time.

He is literally a genius when it comes to feel, tactics and hitting the right shot at the right time. You have just got to shut that out and put a blindfold on. Do what you can do as a player and don’t worry about what goes on on the other side.”

On Wednesday, Kyrgios saw off Cristian Garin 6-4 6-3 7-6 (5) to reach his maiden Grand Slam semifinal at Wimbledon. Kyrgios was down by a set in the first set before he stormed back to win the opener.

In the second set, Kyrgios claimed an early break and then held on to his serve the rest of the set to go up by two sets. As no breaks were seen in the third set – the set went into a tie-break – where Kyrgios was 5-3 down before winning four consecutive points to clinch a three-set win.