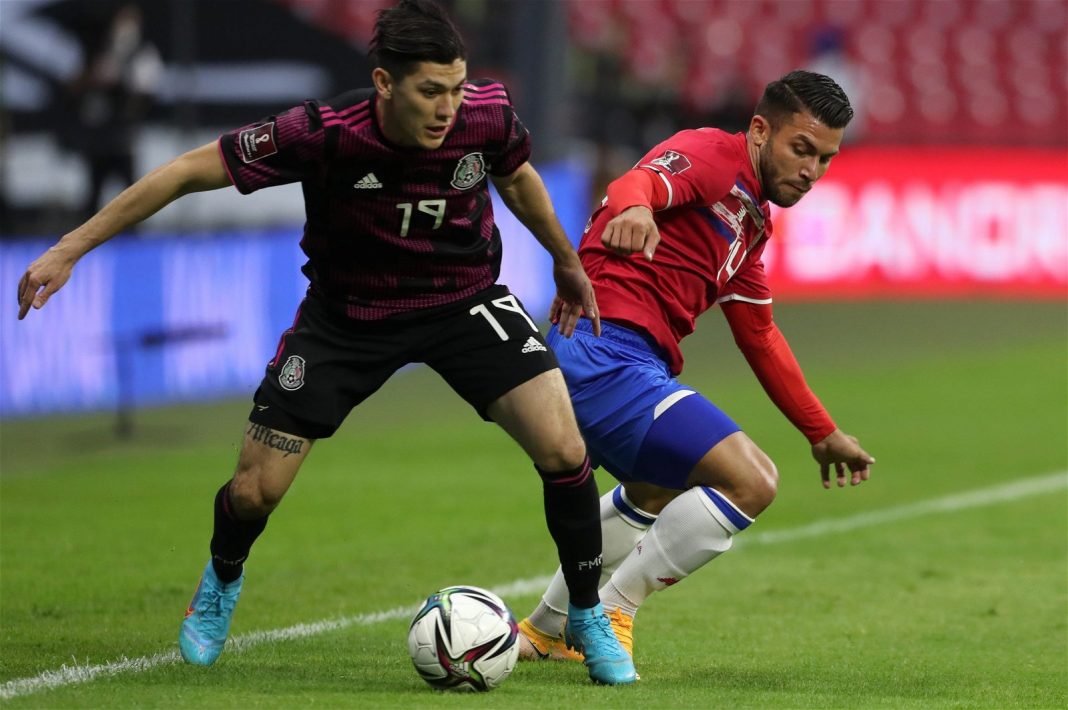 Leeds United are interested in a deal to bring Gerardo Arteaga to Elland Road this summer.

That’s according to a report by Spanish publication MARCA (via Sport Witness), who claim that Victor Orta is now keeping a very close eye on the situation of the KRC Genk left-back ahead of a potential move in the coming weeks.

However, the Whites are not the only player linked with a move for the 23-year-old, with fellow Premier League sides Brighton & Hove Albion and Fulham also said to be keen on the Mexico international, while the likes of Salernitana, Real Betis, Villarreal, Celta Vigo and Getafe are thought to be interested in bringing the defender to Spain ahead of 2022/23.

Considering the sheer amount of talent Arteaga quite clearly possesses, in addition to the fact that left-back was something of a problem position for Jesse Marsch last season, the news that Orta is now keen on a deal to bring the Mexican to Elland Road this summer is sure to be news the Leeds faithful will love to hear.

Indeed, over his 25 Jupiler Pro League appearances for Genk in the season before last, the £3.6m-rated defender highly impressed, scoring one goal, registering five assists and creating one big chance for his teammates, in addition to making an average of 0.6 key passes, taking 0.4 shots and completing 0.6 dribbles per game.

The 14-cap international also impressed in metrics more typical of his position, helping his side keep six clean sheets, as well as making an average of 1.6 tackles, 1.2 interceptions, 1.3 clearances and winning 3.4 duels per game.

The £7.2k-per-week full-back once again returned decent numbers over his 32 league outings in 2021/22, providing four assists, creating two big chances and helping his side keep six clean sheets, as well as making an average of 0.9 key passes, 1.2 tackles, 1.3 interceptions, 36.8 passes and winning 4.1 duels per game.

As such, it is easy to see why Brighton are thought to view Arteaga as a successor to Marc Cucurella – the Spaniard who is reportedly a £50m target of Manchester City after highly impressing last season – on the left of their backline, as the 23-year-old very much looks to be an incredibly exciting young prospect.

Indeed, should Orta manage to get a deal over the line for the 23-assist machine this summer, he could well have unearthed Leeds’ very own Cucurella – something that is sure to be an extremely exciting prospect for the Elland Road faithful and Marsch alike.

AND in other news: “We can say that..”: Italian journo drops big Leeds transfer update, Orta surely livid