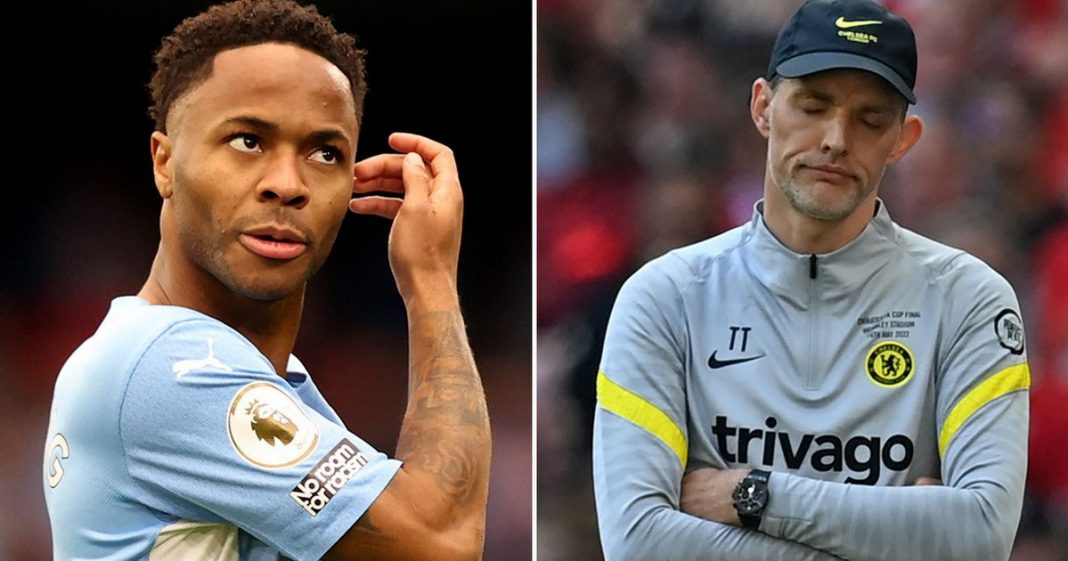 Chelsea have already lined up their next signing after Manchester City forward Raheem Sterling has agreed terms on a move to Stamford Bridge.

The two Premier League clubs are now working out the final details of an expected £45million transfer. And Thomas Tuchel has been keen in persuading the England international to move to the Blues as they beat off competition from Real Madrid, Bayern Munich, Barcelona, Paris Saint Germain and Liverpool to land his signature.

Once the move is all wrapped up the Blues will reportedly move on to the signing of Sporting Lisbon midfielder Matheus Nunes. Meanwhile former Chelsea star Charly Musonda has gone AWOL after earning contract at new club Zulte Waregem in the Belgian top-flight side.

Have Your Say! Will Raheem Sterling prove to be a success at Thomas Tuchel’s Chelsea? Tell us here.

Raheem Sterling has agreed personal terms for a move to Chelsea from Manchester City.

It means the England international’s move to west London is inching closer, with Chelsea and Manchester City now negotiating the final details of his £45million transfer fee. Blues boss Thomas Tuchel is a known admirer of Sterling, and his personal involvement in getting the deal over the line helped give Chelsea a crucial advantage over their rivals.

He is understood to have held detailed conversations with Sterling which have helped convince the player that his future is at Stamford Bridge, and a move is expected to be tied up before the Blues go away for their pre-season tour to the United States later this week.

Chelsea have now lined up the second signing of the Todd Boehly era, with reports suggesting they are ready to bid £43million for Sporting Lisbon midfielder Matheus Nunes.

Reports coming out of Portugal suggest the Blues have negotiated an upfront fee of £38.6million for Nunes, with potential add-ons bringing to total value of the move up a further £4.3million. The Portugal international had also been linked with a summer move to Wolverhampton Wanderers but it now seems Chelsea have gazumped their Premier League rivals.

The signing would also come with a significant seal of approval after Nunes was previously described as one of the “best in the world” by Manchester City boss Pep Guardiola.

The chief executive of Charly Musonda’s new club admits he has no idea where the former Chelsea star is.

The 25-year-old left Chelsea this summer after his contract in west London expired, moving to Belgian top-flight side Zulte Waregem. But just weeks after arriving, Musonda has gone absent without leave with the club’s chief executive Eddy Cordier saying he has “no idea” if he will ever come back.