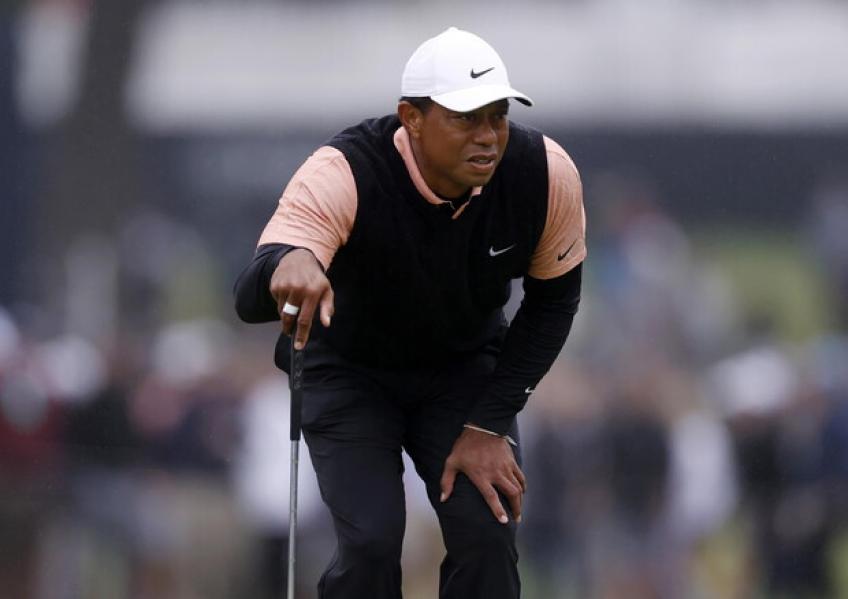 One magic, many mistakes but also many applause. The return to the green of Tiger Woods, in Ireland and on the occasion of a charity event, the JP McManus Pro-Am, was greeted by a huge crowd. In Limerick, on the Adare Manor GC course, where the 46th edition of the Ryder Cup will be staged in 2027, he closed the first lap in 43rd place with a score of 77 (+5) strokes, the result of an eagle show (on hole 12, par 5), a birdie, six bogeys and a double bogey.

An almost total black look, with the sole exception of a light green shirt, the Californian has regained confidence on the pitch, waiting to get serious at The Open, the fourth men’s Major of 2022 scheduled from 14 to 17 July in Scotland.

In Ireland, where there are many golf greats and various celebrities, the American Xander Schauffele (gold medal at the Tokyo Games) leads the individual ranking, leading with 64 (-8) ahead of compatriot Rickie Fowler, 2 / o with 67 (-5).

Eldrick “Tiger” Woods (born December 30, 1975 in Cypress, California) is an American golfer. He is considered one of the most important golfers of all time, along with Jack Nicklaus and Arnold Palmer. He currently has 15 majors, the second highest-earning player in the history of the sport, three behind Jack Nicklaus.

Following an exceptional amateur golf career and two years in college, Woods made his professional debut at the age of 20 in the late summer of 1996. By April 1997 he had already won his first major, the 1997 Masters with a record performance, winning the tournament by 12 strokes and pocketing $ 486,000.

From December 2009 to early April 2010, Woods said goodbye to professional golf to focus on his marriage after admitting infidelity, in 2010 he and his wife Elin Nordegren finally divorced. Her many indiscretions were revealed by various women, through different media around the world.

This continued with a loss of form in golf, and gradually dropped to No. 58 in November 2011. He put an end to his worst streak of 107 weeks when he won the Chevron World Challenge at the December 2011. After winning the Arnold Palmer Invitational Tournament on March 25, 2013, he returned to be number one in the rankings, remaining until May 2014.

Woods underwent surgery for lumbar surgery in April 2014, and has struggled ever since to get back to his best level. On March 29, 2015 Woods dropped back to 104th place, off the top 100 list for the first time since the week before winning his first professional circuit title in 1996. In 2019 after multiple physical and personal problems eventually win back a major.