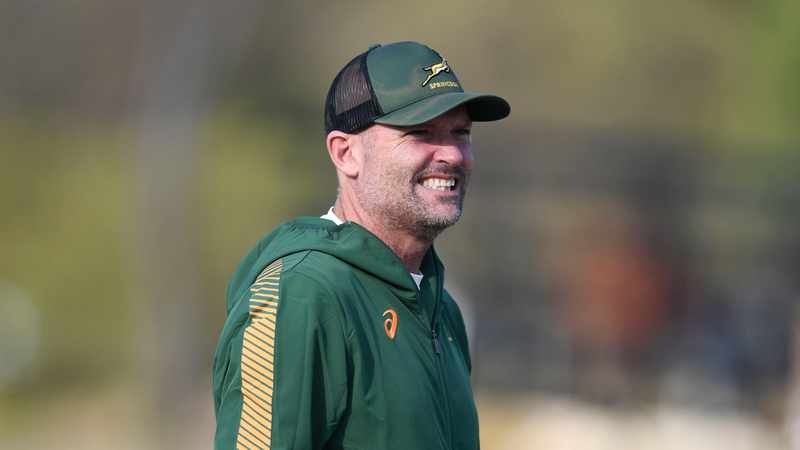 Johannesburg – At the end of the Hobbit: An Unexpected Journey – Thorin Oakenshield looks the titular character in the eye, and makes a heartfelt confession.

In the distance, the Lonely Mountain, Erebor, peaks out beyond the vale the Company finds themselves in. The 13 dwarves, hobbit and Gandalf the Grey, with the help of the great eagles, have just escaped the clutches of the malevolent Azog the Defiler, and Thorin – during their flight from the orc and his evil band, has had an epiphany regarding his hairy-footed companion.

Up until now, the dwarven chieftain and would-be King under the Mountain and Bilbo Baggins have had a fractious relationship, but with a renewed sense of approval, Thorin embraces Bilbo, eventually declaring: “I’ve never been so wrong in my life.”

That is me right now – Springbok coach Jacques Nienaber throwing out such a monumental curveball on Tuesday when he announced his matchday 23 to face Wales in the second Test in Bloemfontein on Saturday, that my predicted XV has probably fractured this reality into a parallel universe.

Or, perhaps he has been Kaizer Soze all along.

Nienaber not only dropped talisman captain Siya Kolisi, he pretty much changed the entire team. In the starting XV, only Eben Etzebeth retains his berth from the previous week. Every other position will sport a new player and combination. Overall he has made 19 changes.

It is shift on a Brobdingnagian level.

Wales were excellent last weekend in the first Test at Loftus Versveld and came desperately close to beating the Boks. Yes, Nienaber promised that there were plans to play the extended squad and build depth, but to my mind it made more sense that the Bok mentor would wait until the third Test when there might be a degree of safety.

“I’ve never been so wrong in my life.”

The Bok coach can be quite conservative – up until this point there has been no real indication that he could be so Machiavellian in his plots as to ditch an entire team and replace it mere days later.

So, there we have it, Kolisi is out much to wide-eyed disbelief. In comes Handre Pollard, mostly expected, as the No 10; but also officially as the 64th Springbok captain, mostly unexpected.

Pleasingly, and something that will make many pundits and supporters happy, will be the new loose-trio combination. It’s a real bruiser with former Rugby player of the year Pieter-Steph du Toit making a welcome return to the Test arena, alongside Marcell Coetzee and URC player of the season Evan Roos.

That unit is all power, and much like an episode of Diners, Drive-Ins and Dives, has me salivating at the mere idea of the trio running into contact. The breakdown was one of the areas that the Boks failed to control in the first Test, and were generally harried throughout the match by successful Welsh tactics. Perhaps the three heavyweights will affect a different outcome …

Nienaber has selected, and count it with me, six uncapped players for the Test and you will get no dissent from me. Although it was not expected, every single one of them – Kurt-Lee Arendse and Roos in the starting line-up; and Ntuthuko Mchunu, Ruan Nortje, Deon Fourie and Grant Williams, arguably deserve to be there.

As Nienaber stated at the team announcement, this is no “B-team”, but you would imagine Wales will be looking through it with a glint in their eye. The rustiness of last week’s Bok team, they hope, will be transferred into this team.

Coupled with the belief that they can take advantage of the more inexperienced players plus their good showing at Loftus, they can imagine winning this game.

To put it into perspective, the average Bok caps this week will be 17. In the first Test it was 26. It is therefore a big gamble, one that should be pleasing for all, even if it makes you look like a right old bell-end after the fact.

Hopefully, after the final whistle at Free State Stadium on Saturday, Nienaber won’t ever have been so wrong in his life.