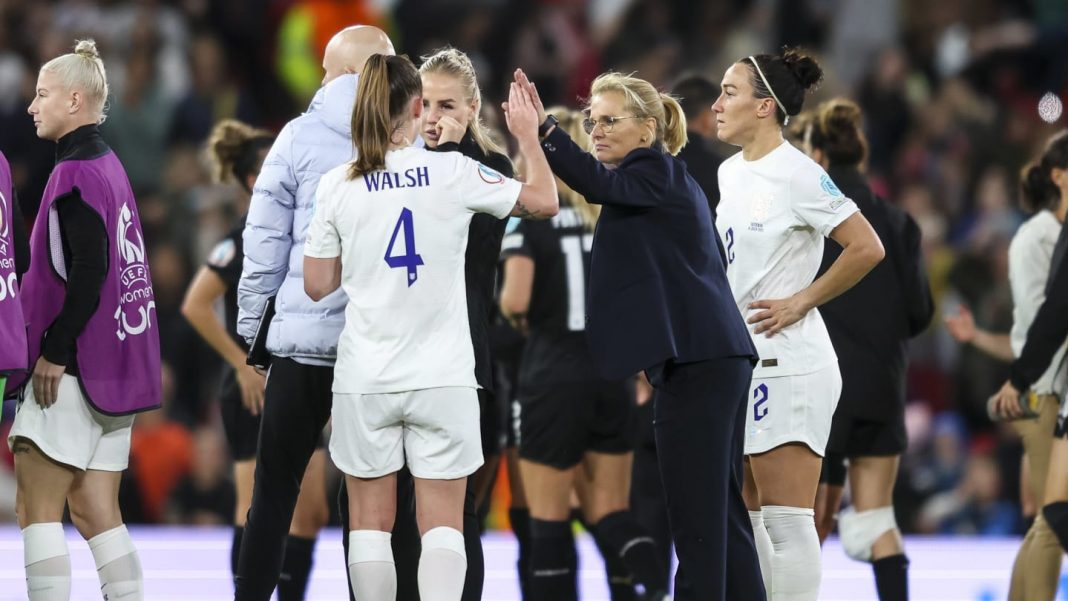 Sarina Wiegman admitted there was room for improvement in the final third after England edged to a narrow 1-0 victory over Austria in their opening Euro 2022 group fixture.

Beth Mead’s lob after 16 minutes proved decisive on an evening that saw England frustrated by their well-drilled, robust opponents.

“I think we were a little rushed in the final third,” said Wiegman. “We did create a lot of chances but the final touch or the choice on the ball to shoot or to cross – we can do that better. But the most important thing is that we scored one and we kept a clean sheet which is really nice too and that we have three points.

“This start is so important and it gives such a boost to the team and to the crowd so that was very important. We had some very good moments in the game, we created a lot of chances, we should have scored a little more, but we had also some hard moments in the game that we got through and I think that’s really good.”

England started nervously in front of a Women’s Euros record crowd of over 68,000 at Old Trafford, surrendering possession on a couple of occasions on the edge of their own box, but grew in confidence as they settled into the enormity of the occasion prior to Mead breaking the deadlock.

A nervy last 10 minutes ensued with England protecting their narrow one-goal advantage, but Wiegman was impressed with the maturity her side displayed to see the game out.

“We had a couple of phases in the game,” the England boss added. “So we started not great, then we had control in the game and pushed them back into their half, and that’s what they did really well too. They’re very compact, very physical, very well organised.

“In the second half we were too sloppy on the ball in moments where we should keep control. I do think in the last minutes we were very calm and we kept the ball longer, and that was very mature.”