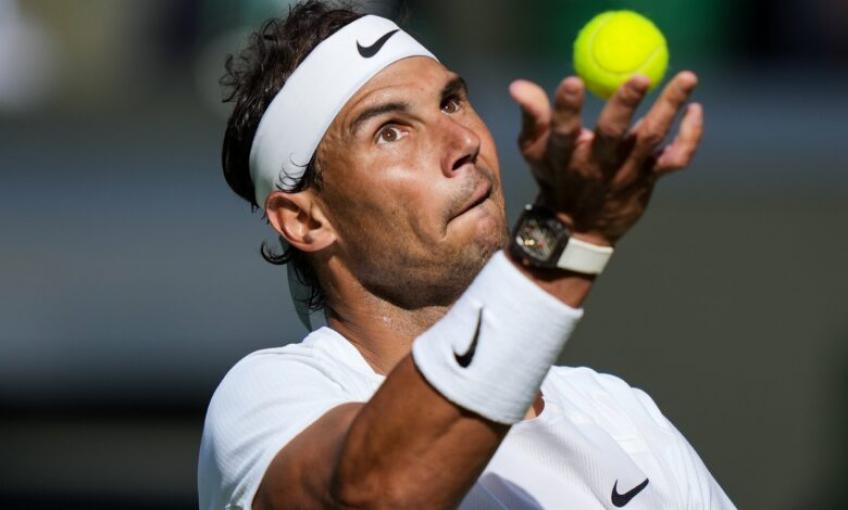 Winning his 18th consecutive Grand Slam game, Rafael Nadal reached the quarter-finals at Wimbledon for the eighth time in his career. The Spanish legend, still unbeaten in the Majors this year, got rid of Botic van de Zandschulp with a score of 6-4 6-2 7-6 (6) in two hours and 21 minutes of play.

It is no mystery that the former ATP number 1 wants to win his third title at the Championships, in order to score his 23rd Grand Slam. The 36-year-old from Manacor left everyone speechless in the first six months of 2022, having blown the bank at both the Australian Open and Roland Garros.

Having struggled in the first two rounds on the London grass, Rafa has leveled up and seems to have what it takes to make it to the bottom of the tournament. The next hurdle in his path will be Taylor Fritz, who beat him this year in the final of the Indian Wells Masters 1000.

Through his Twitter profile, Mark Petchey has spent beautiful words for Nadal.

Petchey opens up on Rafa Nadal

“Not just mental tough – a total genius Rafael Nadal last shot. They are all mentally tough these great Champions but first and foremost they are incredible athletes and technically the best,” Petchey tweeted.

In the post-match on-court interview, the second seed expressed his happiness at playing the way he did and reaching the Wimbledon quarterfinals without playing on grass for three years. “I continued in a positive way I think, until the end when I played a bad game at 5-3, it had been a very positive match against a difficult opponent.

Botic has been improving unbelievably in the last year, so huge congratulations to him this amazing improvement. In a personal way, after all the things that happened the last couple of months, to be able to be in the quarter-finals at Wimbledon after three years without playing here, it’s amazing for me, so I’m very, very happy,” Nadal said.

Nadal, by winning the Australian Open trophy, broke the three-way tie of 20 Grand Slam victories between him, Roger Federer and Novak Djokovic. Following that, he claimed the title at Acapulco and furthered his winning streak to 15.

Then the Spaniard suffered a rib injury in the semifinals of the Indian Wells. Thus, marking an end to his winning streak of 20 matches. Nadal took down the Norwegian young blood Casper Ruud in the finals to claim his 14th French Open title.