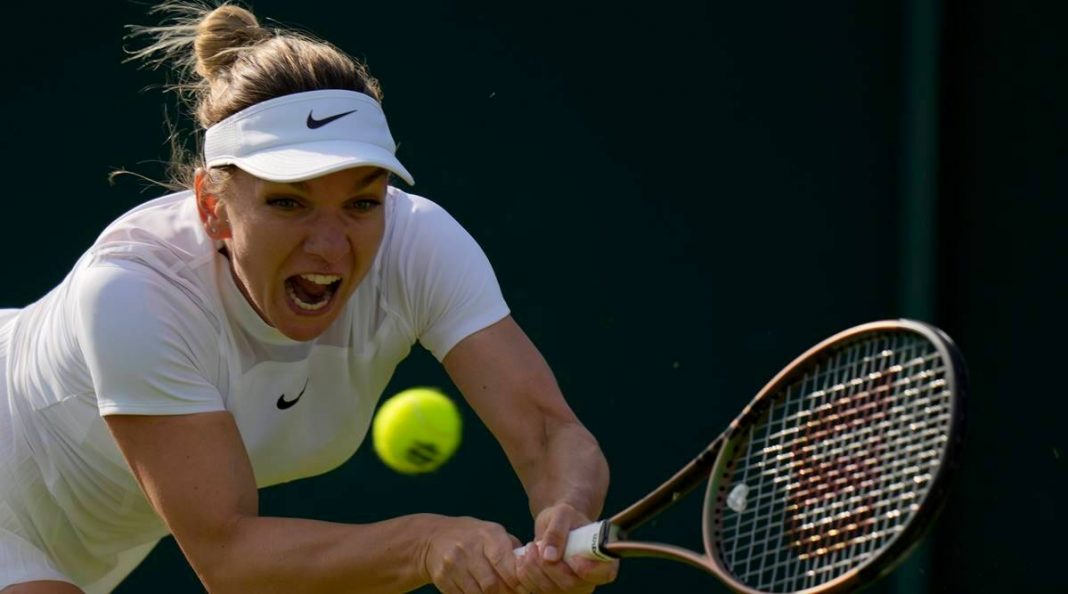 Simona Halep’s first appearance at Wimbledon since winning the title three years ago is going just as good as it did the last time.

The 16th-seeded Romanian reached the semifinals and stretched her winning streak at the All England Club to 12 matches by beating Amanda Anisimova 6-2, 6-4 on Wednesday on Centre Court.

Halep missed the chance to defend her title at Wimbledon twice, first in 2020 when the tournament was canceled because of the coronavirus pandemic and then again in 2021 when she had to sit out with a left calf injury.

“I struggled a lot last year,” Halep said, “and now I’m just trying to build my confidence back.”

Rybakina, a 23-year-old Kazakh, is playing at Wimbledon for only the second time in her career. She lost in the fourth round last year.

In the men’s quarterfinals, two-time champion Rafael Nadal was playing Taylor Fritz on Centre Court while Nick Kyrgios was to face Cristian Garin on No. 1 Court.

Halep is making her 10th appearance at Wimbledon and has reached the semifinals for the third time. She is the only Grand Slam champion left in the women’s tournament.

“I’m very emotional right now, because it means a lot to be back in the semis,” Halep said.

The match against Anisimova appeared to be as straightforward as her first four victories at this year’s tournament — all came in straight sets. But the 20th-seeded American broke Halep when she was serving for the match at 5-2.

Anisimova then had three more break points when Halep again served for the match at 5-4, but the Romanian won five straight points to finish the match.

“She could crush the ball in the end, and I didn’t know, actually, what to do,” Halep said. “But I just believed in myself. I said that I have to stay there, strong on my legs.”

Halep injured her calf more than a year ago, forcing her to withdraw from the French Open and Wimbledon. She started working with Patrick Mouratoglou, the former coach of Serena Williams, in April.

In the other match, Rybakina dropped her first set of the grass-court tournament but broke her Australian opponent early in the second and third sets. She finished the match with 15 aces.

“I started a bit slow. I didn’t serve that well. Maybe I was nervous,” Rybakina said. “Ajla, she played really well, she was defending really good and I just tried to focus on my serve to find my way and I found it.”