Dmitry Bivol vs. Joshua Buatsi in the works 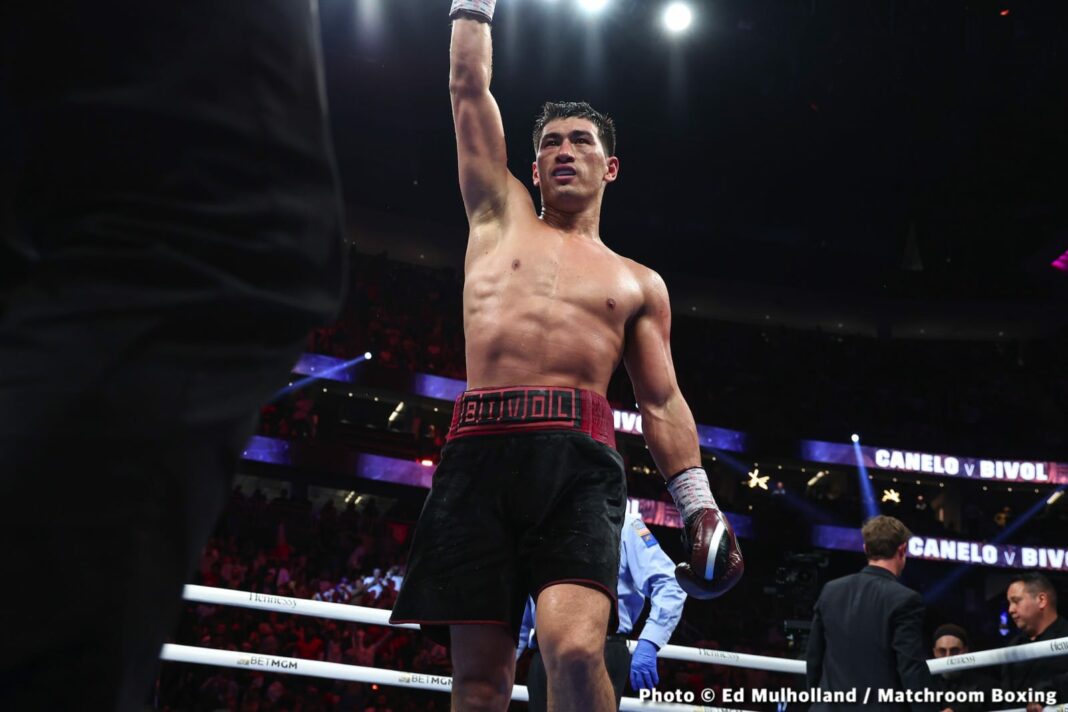 Buatsi, 29, is the guy that Hearn has wanted all along since Bivol’s upset win over Canelo Alvarez on May 7th.

Shortly after the dust had cleared from that fight, Hearn began talking of Buatsi challenging Bivol rather than a Canelo-Bivol rematch.

“It’s not done yet, it’s not signed, but we’re seeing if we can make the numbers work,” said Hearn.

Hearn’s hands are tied, however, because Beterbiev’s promoter Bob Arum of Top Rank prefers that his fighter face his #1 WBO challenger Anthony Yarde next in October rather than a risky battle for the undisputed 175-lb championship against Bivol.

Hearn believes that there’s some worry on Arum’s part in letting Beterbiev take on the highly skilled Bivol, who he personally feels is a better talent than the three-belt champion.

Arum complains that Bivol fights on DAZN, which makes it difficult to put a fight together with his fighter Beterbiev, who competes on ESPN.

However, Hearn sees it as a case of Arum not wanting to put the 37-year-old Beterbiev in with Bivol and watching him potentially lose like his other popular light heavyweight Joe Smith Jr.

Bivol defeated Joe Smith by a one-sided 12-round unanimous decision in March 2019. The way that Bivol outboxed Smith may have scared Arum off from wanting to let Beterbiev suffer the same fate.

Richards also gave Bivol a tough time, losing to him by a 12-round unanimous decision in May 2021. The difference in that fight was Bivol didn’t absorb a lot of punishment from Richards.

Although Bivol took some shots from Richards, it wasn’t the same kind of hard fight as the one Buatsi dealt with.

Bivol is coming off a win over Canelo Alvarez on May 7th at the T-Mobile Arena in Las Vegas.

The WBA 175-lb champion Bivol outboxed Canelo and showed his superior skills in winning a fight that appeared to many boxing fans as more one-sided than the 115-113 x 3 scores turned in by the three judges. Canelo wisely chose not to take the rematch with Bivol.