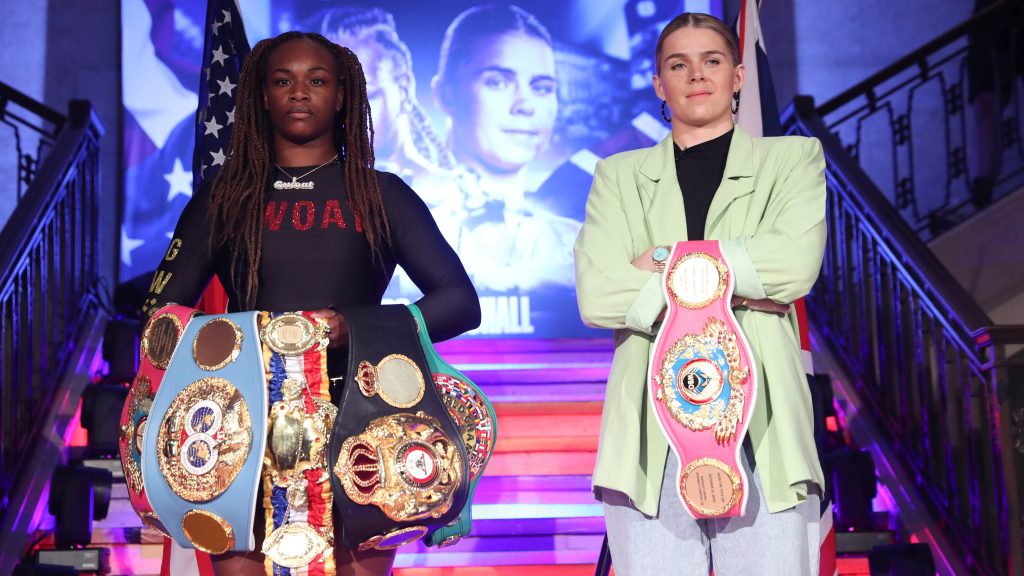 This rematch is a long time coming.

Savannah Marshall handed Claressa Shields her only loss – amateur or professional in the 2012 AIBA Championships, when Marshall was a few days from her 21st birthday and Shields was 17. They’ll finally meet again for the undisputed middleweight championship on Sept. 10 at O2 Arena in London (ESPN+, Sky Sports).

So much has happened between then and now.

And, more recently, the two have engaged in incessant back-and-forth trash talk. Shields looks forward to resolving their differences in the ring.

“I don’t hate nobody, but I really do have a huge dislike for her,” said Shields, who is from Flint, Michigan. “My grandmother told me not to use the word hate so I won’t use it, but I don’t like Savannah and she’s one of my biggest haters.

“They’re saying she’s a big knockout puncher, she’s the only blemish on my record as an amateur, that she has the recipe to beat me. My job is to show that she doesn’t and that I don’t reign supreme in three different weight classes for no reason.

“If she was better than me, she’d be the one supreme in three different weight classes, not me.”

Marshall insists she’s going to repeat her performance from a decade ago.

“I’m actually a fan of Claressa Shields,” the Briton said. “She’s a pioneer, and what she has done for the sport has been amazing. But the reality is, she doesn’t beat me. She didn’t before, and she won’t again. And it kills her, it absolutely burns her inside, the fact that I beat her and I’ll beat her again. I’m not just going to beat her, I’m going to outbox her. I’m going to hurt her.

“This fight has been a long time coming, but we’re here now, and September 10 I will be the new middleweight champion of the world.”