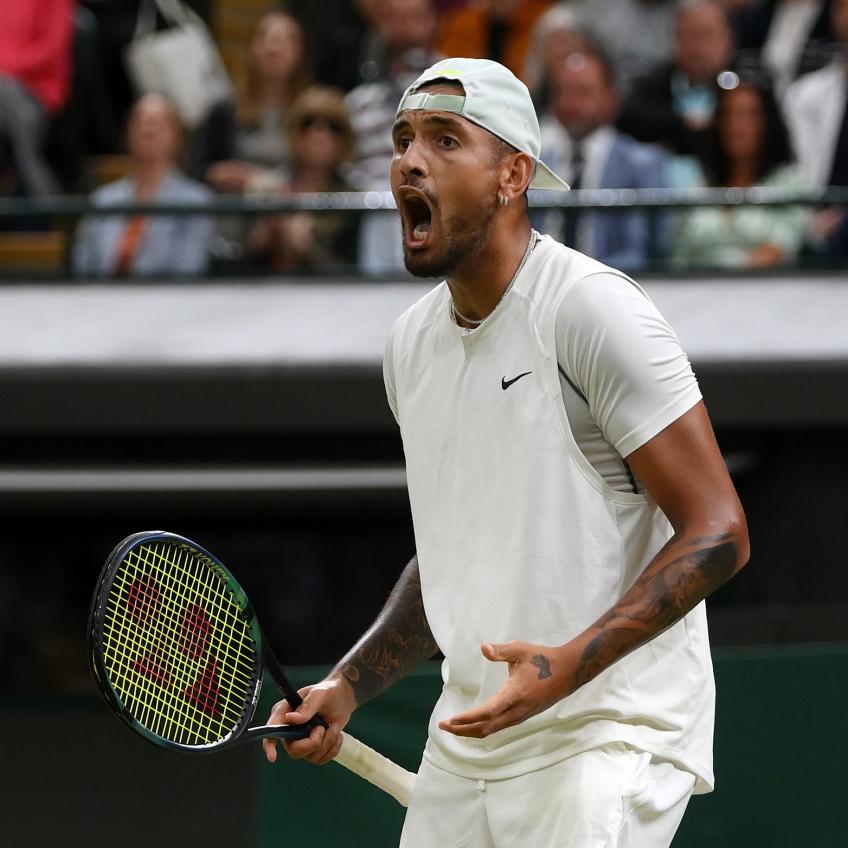 In the Wimbledon last-16, Kyrgios overcame Brandon Nakashima in five sets. On the court, Kyrgios required a medical intervention on his shoulder and he appeared to be in pain. However, Kyrgios was able to finish the match and win in five sets.

Morgan didn’t really think that Kyrgios was injured. “You know what bro, you’re my douche of the day, every day. Funnily enough, no one even comes close to him,” Morgan said on his show Uncensored, per Sportskeeda.

“Nick Kyrgios has booked his spot in Wimbledon after making a Lazarus-like recovery from the crippling shoulder injury which he was using to blame every point he lost earlier in the game.”

Tennis player Nick Kyrgios has been charged with domestic violence.

Yesterday he was our Douche of the Day.

Morgan to Kyrgios: I’d like to see you lose in front of me

Should Kyrgios win that match, he could potentially face Rafael Nadal in the Wimbledon semifinal. Morgan will be at Wimbledon on Friday and he admits he would like to see Kyrgios losing in front of him. “I am going [to Wimbledon] on Friday.

I am just hoping that he gets knocked out in front of me and the last sight he has of me waving goodbye. That’d be my dream,” Morgan said. Kyrgios is having one of his best-ever Grand Slam runs and he has been a man on a mission so far at Wimbledon.

Grass is not Garin’s top surface and Kyrgios enters the match as the favorite. Earlier this year, Kyrgios became a Grand Slam champion after he and Thanasi Kokkinakis won the Australian Open men’s doubles title. Now, Kyrgios is aiming to win his maiden Grand Slam singles title.