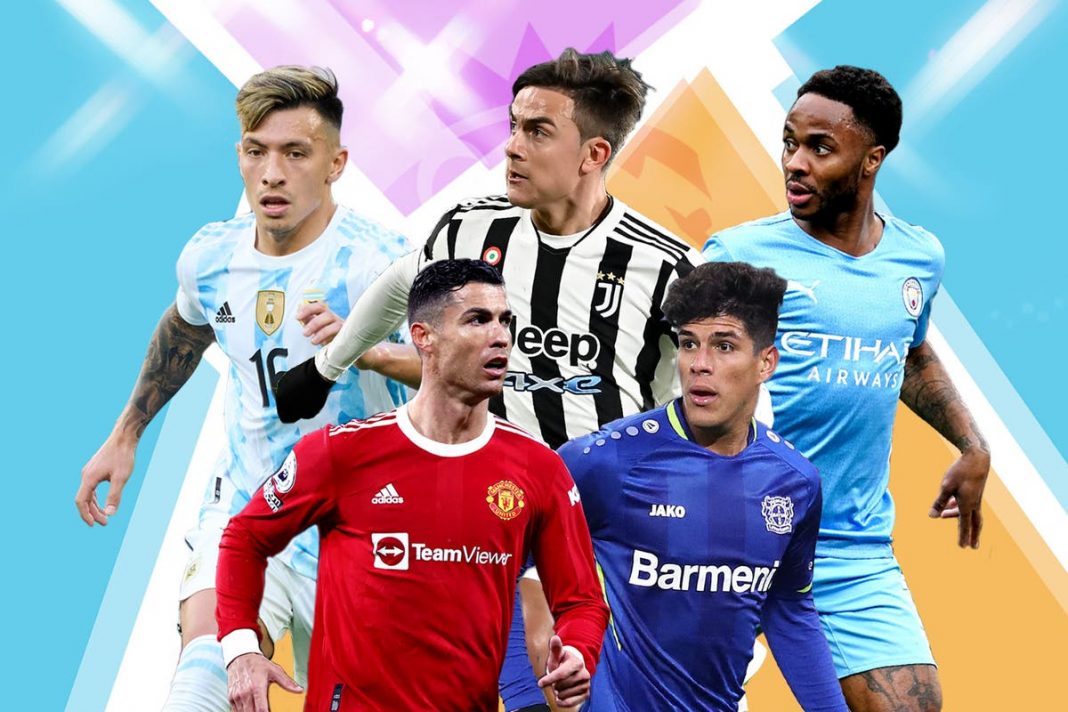 Arsenal, Chelsea and Tottenham continue to be extremely busy with the summer transfer window in full swing and plenty of high-profile deals completed. Cristiano Ronaldo remains the headline story, with Chelsea said to be considering a sensational deal for the wantaway Manchester United star.

The Blues have also been offered Neymar as they close in on Raheem Sterling and await a final answer from Raphinha, with defenders Matthijs de Ligt and Nathan Ake also firmly on Thomas Tuchel’s radar. Arsenal have announced the signing of Gabriel Jesus and are still pushing for Lisandro Martinez, who has made a renewed plea to be allowed to leave Ajax. The Gunners have also been linked with ex-Juventus striker Paulo Dybala and a bid for Lazio midfielder Sergej Milinkovic-Savic as Mikel Arteta targets further upgrades.

Tottenham remain in talks to add Djed Spence from Middlesbrough and are closing in on a loan deal for Clement Lenglet as Antonio Conte looks to acquire more players in time for this weekend’s pre-season trip to South Korea, with Pau Torres and Memphis Depay among the other targets. Follow all the latest transfer news and rumours below!

Scotland international Aaron Hickey has been linked with a number of Premier League clubs, including Arsenal.

Moving to Bolonga after breaking through at Hearts, the defender impressed in Serie A, proving himself in one of Europe’s major leagues.

While Mikel Arteta’s side were credited with an interest, Fabrizio Romano has revealed it is Brentford who are set to seal a deal.

While Tottenham’s ambitious move for Richarlison is broadly seen as a positive heading into the new season, there has been some doubt as to where the £60m star would feature.

Harry Kane, Heung-min Son and Dejan Kulusevski form one of the most prolific frontlines in Europe and ousting any of those could prove difficult.

Speaking to Betfair, however, Brazilian legend Rivaldo has backed his compatriot.

“I believe this is a great transfer for him as it will allow him to play for a top club in the Premier League and also compete in the Champions League in 2022-23,” he said.

“Furthermore, he might form a fantastic trio with Son and Harry Kane in attack. So, I think it is a great move for him and I’m anxious to start watching him play at a club with big ambitions for next season under Antonio Conte.”

Fresh from signing Gabriel Jesus, business is not over at Arsenal.

Keen on making that final step back into the Champions League, Mikel Arteta is eyeing more additions.

Speaking to GIVEMESPORT, Fabrizio Romano has revealed Arsenal remain in talks with Youri Tielemans over a potential summer transfer.

“Arsenal are still in contact with his agent,” he said

“Arsenal are still exploring this possibility for Youri Tielemans, but there has still not been an official bid to Leicester.”

The Daily Mail claim Jesse Lingard is close to sealing a return to West Ham.

Now a free agent after leaving Manchester United at the end of his contract, the 29-year-old has also been linked with the likes of Everton and Tottenham.

With one eye on making the England squad for the 2022 World Cup in Qatar, Lingard has reportedly made his decision. A return to West Ham it is.

Inter Milan, who had been expected to sign the Argentine, are thought to have put his potential signing on hold after bringing Romelu Lukaku back from Chelsea.

Speaking of Tottenham, the club are being heavily linked with a potential swoop for Memphis Depay.

Catalan publication Sport suggest that the Dutch international is surplus to requirements at the Camp Nou under Xavi and is available for a cut-price fee of £17m this summer.

They add that Spurs are among the parties interested in former Manchester United forward Depay, having already lodged an enquiry with a view to submitting a possible bid for his services.

Tottenham are also on the hunt for new defensive recruits.

Reports suggest the loan deal for Barcelona centre-back Clement Lenglet is all but done, with only the finer details to be wrapped up.

However, that does not appear to have ruled out a potential switch for another LaLiga defender in Pau Torres.

The Daily Mirror suggest that the Villarreal defender remains a target for Tottenham, with Antonio Conte keen for two left-sided centre-backs this summer.

Arsenal remain firmly on the trail of Lisandro Martinez.

The Argentine centre-back appears to remain Mikel Arteta’s top defensive target after he bolstered his midfield and attack respectively with deals for Fabio Vieira and Gabriel Jesus.

However, they face a fierce transfer battle with Manchester United, who want to reunite the Ajax star with former manager Erik ten Hag at Old Trafford.

The Daily Mirror now report that Martinez has made a fresh plea to be allowed to leave the Eredivisie giants this summer and move to the Premier League.

They add that Arsenal have made three separate attempts to land the 24-year-old already in recent weeks and remain optimistic of getting their man.

Sticking on the Cristiano Ronaldo theme for a moment, it appears his return to Manchester United is not happening anytime soon.

Ronaldo was given permission to skip pre-season training at Carrington on Monday for family reasons.

Now The Telegraph report that the five-time Ballon d’Or winner has been given indefinite leave by United and are unsure when exactly he will be back.

Another update on the Cristiano Ronaldo front this morning.

The Portuguese superstar has demanded to leave Manchester United this summer amid doubts over the club’s transfer business and ability to compete for top honours.

Chelsea are said to be considering a sensational deal for Ronaldo, with the likes of Roma, Sporting Lisbon, Bayern Munich and Paris Saint-Germain also linked.

However, Spanish outlet AS now claim that the 37-year-old has been offered to Barcelona by agent Jorge Mendes during a meeting with club president Joan Laporta.

That will go down well with Real Madrid fans…