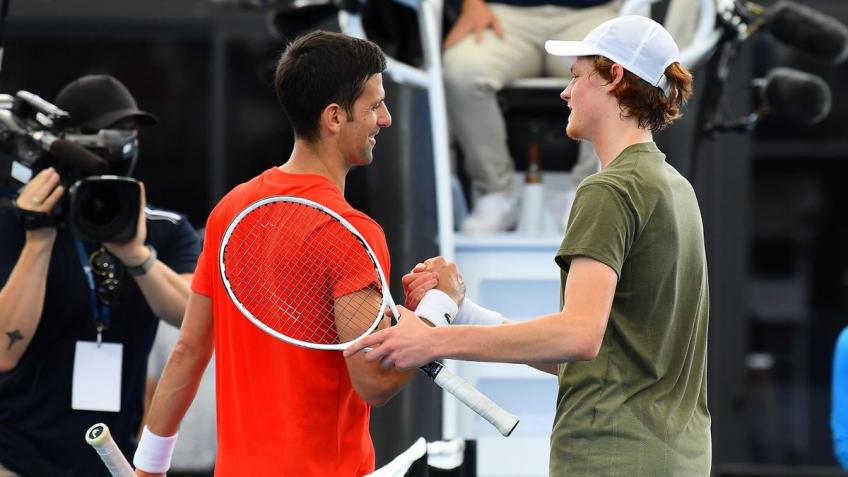 Novak Djokovic insisted he knew wildcard Tim van Rijthoven would be a difficult opponent to handle as he was glad that he was able to escape with a 6-2 4-6 6-1 6-2 win in the Wimbledon last-16. After easily losing the first set, van Rijthoven claimed his first break of the match in the seventh game of the second set to take a 4-3 lead and then held on to his serve the rest of the set to tie the match to one set apiece.

Djokovic wasn’t happy about dropping the second set and played with much bigger determination in the rest of the match as he broke van Rijthoven twice in each of the next two sets to complete a four-set win. “I knew coming into the match that it was always going to be a tough, challenging matchup against Tim, who I’ve never faced before,” Djokovic said in his post-match presser, per the ATP website.

“I watched him play. He’s got a really good game for grass, which he proved today. [It] was a very good fight, especially in the first two sets. But overall I think I’ve played very well, very solid from back of the court.

I got into his service rhythm, started reading his serve better in the third and fourth sets.”

Djokovic on playing Jannik Sinner in the Wimbledon quarterfinal

Djokovic spoke extremely highly of Sinner, saying he sees a “little bit of myself” in Sinner’s game.

“He’s maturing a lot on the big stage. I think he doesn’t feel too much pressure on the big stage,” Djokovic said of Sinner. “He’s very solid. He has every shot in his game: serve, return, forehand, backhand.

Djokovic and Sinner are set to clash for the second time. Last year, Djokovic defeated Sinner at the Monte Carlo Masters.