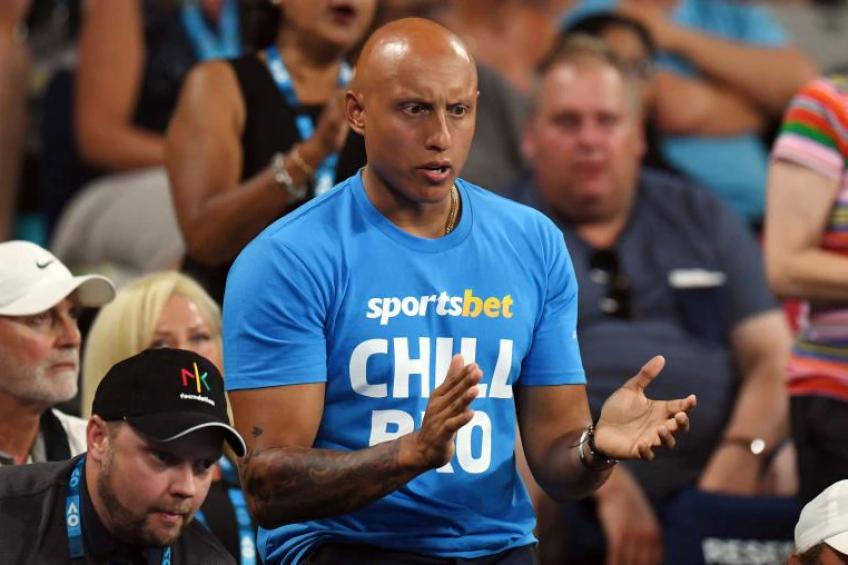 Nick Kyrgios’ father Giorgios and brother Christos came to the 27-year-old’s defence after a very tense Wimbledon meeting versus Stefanos Tsitsipas. After losing the second set to Kyrgios, Tsitsipas got frustrated and sent the ball into the crowd.

Luckily, the ball didn’t hit anyone and Tsitsipas escaped a default. Kyrgios got visibly frustrated with the chair umpire’s reaction as he argued that Tsitsipas deserved to be defauled. Speaking on the BBC Tennis podcast, Giorgios says we know what would have been the outcome had his son done that.

“It was about settling in for him, the nerves, playing against a tough opponent, which Stefanos is. He was frustrated, he should have broken him a couple of times,” Giorgios told the BBC Tennis podcast, per Tennis365.

“My son would have been defaulted. You’ve got to draw the line for everybody. I hate to see it for anyone. I feel sorry for all of them – the pressure is so much”.

Kyrgios defended by his brother

After suffering a four-set defeat to Kyrgios, Tsitsipas described the Australian as an “evil bully.”

“It’s constant bullying. He bullies his opponents. He was probably a bully in school, too. I don’t like bullies. He has some qualities, but he has a very evil side to him,” Tsitsipas said of Kyrgios. Kyrgios’ brother Christos saw the comments Tsitsipas made after the match and suggested that trash talk is common in all sports.

“Lol in competition trash talk is bullying? Man, watch some football, basketball or literally any other sport in the world. Trash talk is common,” Christos tweeted.

Lol in competition trash talk is bullying? Man… watch some football, basketball or literally any other sport in the world.

After Kyrgios was asked about Tsitsipas comments, he described the Greek as “soft.” Kyrgios and Tsitsipas have a bit of history together but they played doubles in Washigton a few years ago and it appeared that they were in good terms. However, now it’s clear there’s a tension between them.