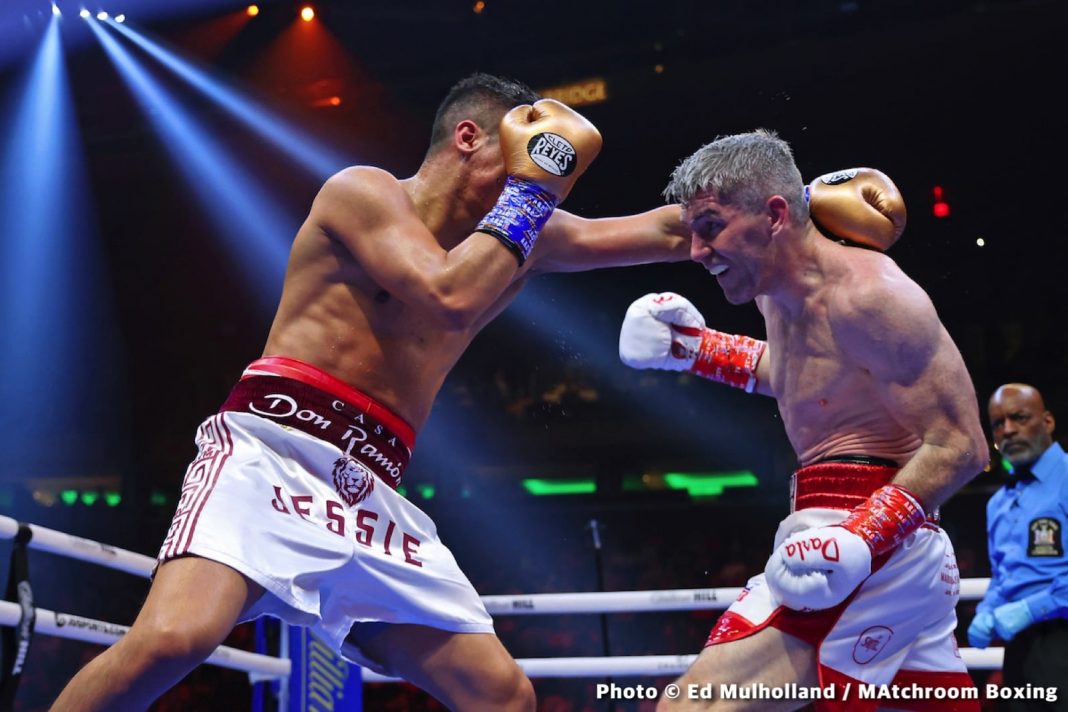 Those would be very tough fights for Smith, who has suffered past defeats against notable fighters Canelo Alvarez and Jaime Munguia.

The 33-year-old ‘Beefy’ Smith (31-3-1, 18 KOs) has put himself within striking distance of a world title shot with recent victories over Jessie Vargas and Anthony Fowler.

To get a title shot against Charlo, Smith will probably need to become the mandatory for the WBO or WBC belts, which he’s ranked highly for those straps.

Jermell isn’t going to defend against Smith in a voluntary defense because he’s not popular and brings nothing to the table in terms of fans.

Liam says he’d like to fight Tim Tszyu, but he doubts whether the Australian would want to take the “risk” of fighting him now that he’s the WBO mandatory for Jermell’s title with that organization.

Tszyu would have no reason to fight Smith other than to stay sharp while waiting for the Boxing Organization to order the fight against Jermell.

“Of course, if I get in the position as a mandatory, then he has to fight, but at the moment, I’m not in the mandatory position,” Liam Smith said about wanting to get a title shot against undisputed 154-lb champion Jermell Charlo.

Smith looked decent recently, stopping the past his prime 33-year-old former two-division world champion Jessie Vargas in the tenth round on April 30th.

Vargas has become a part-time fighter since losing his WBO welterweight belt against Manny Pacquiao in 2016, so it wasn’t odd that Liam was able to beat him.

Last year, Smith lost to Magomed Kurbanov by a 12-round unanimous decision in a competitive fight.

“Yeah, it would. That’s been spoken about for a while now,” said Liam about a fight between him and Tszyu would be a huge fight. “Tim Tszyu is the same. He wants to fight me to get a position to fight for a world title, but now he’s in that position.

“He’s not going to risk fighting me next when he can fight for the world title and he wins his world title. Whatever it may be, I’m sure I’ll fight him down the line.

“If he [Jermell Charlo] fights Tim Tszyu, I’m next in line for the WBO. If Tim Tszyu wins, I’m mandatory for that. It’s going to be interesting, but we’ll wait and see,” said Liam.