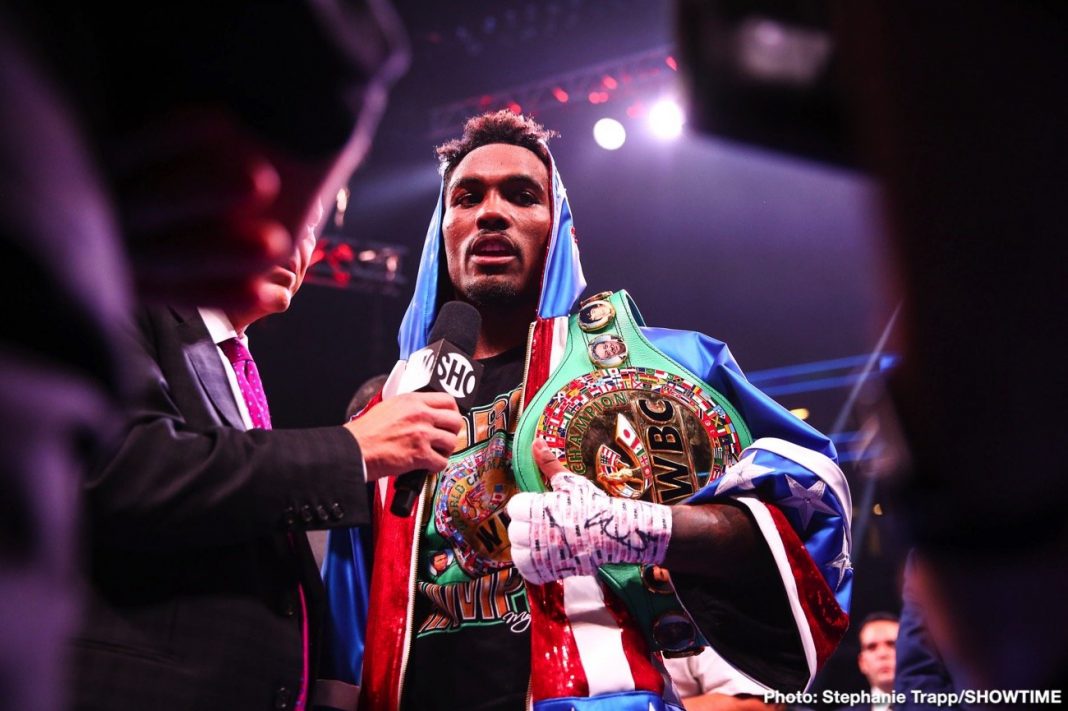 He lost his last two fights to current champ Tyson “The Gypsy King” Fury the last in October of 2021. This former Olympian Bronze Medalist is not scheduled at present but I am sure like most former world champions he will be fighting before the year is out.

Former WBO Super Middleweight champion Gilberto “Zurdo” Ramirez, 44-0 with 30 knockouts from Mazatian, Sinaloa, Mexico. He is now campaigning at light heavyweight though a match with fellow Mexican Saul “Canelo” Alvarez would be accepted.

A possible match with Callum “Mundo” Smith, 28-1 with 20 knockouts from Liverpool, UK, is a possibility who hasn’t fought since last September and his only loss is to Alvarez. A bout with WBA champ Dmitrii Bivol, 20-0 with 11 knockouts out of Indio, California would certainly be another bout Ramirez would like to get. Bivol having stopped the winning streak of 15 plus a draw by Alvarez was a big win for him.

Speaking of Alvarez he is 57-2-2 with 39 knockouts from Guadalajara, Jalisco, Mexico who is scheduled September 17th for a third fight with WBA and IBF Middleweight champion Gennadiy “GGG” Golovkin, 42-1-1 with 37 knockouts from KAZ and L.A., California. Both Alvarez and Golovkin are on the list of the 15.

Former WBO Light Middleweight champion Jaime Munguia, 40-0 with 32 knockouts is from Tijuana, Baja California, Mexico. He fought in June stopping Jimmy “Kilrain” Kelly, 26-2 weighing a career-high of 165 pounds. He’s been rumored to fight at 160 against any of the champions such as Charlo or Andrade.

WBC Middleweight champion Jermall “Hit Man” Charlo, 32-0 with 22 knockouts from Houston, Texas. He never mentioned fighting Golovkin until the Alvarez fight was finalized. He also talks of moving up to 168. He hasn’t fought since June of 2021 when he defeated Juan Macias Montiel, 22-4-2.

WBO Middleweight champion Demetrius “Boo Boo” Andrade, 31-0 with 19 knockouts from Providence, Rhode Island. He last fought in November stopping Jason Quigley, 19-1, with nothing scheduled. Andrade has been willing to fight GGG or Charlo and also Alvarez.

WBO Welterweight champion Terence “Bud” Crawford, 38-0 with 29 knockouts from Omaha, Nebraska is negotiating with WBC, WBA and IBF champion Errol “The Truth” Spence, 28-0 with 22 knockouts. Vergil Ortiz, Jr., 18-0 with 18 knockouts and Jaron “Boots” Ennis, 29-0 with 27 knockouts are awaiting their turn with both Crawford and Spence talking about moving up to super welterweight after their fight.

WBC Super Bantamweight champion Rey Vargas, 35-0 with 22 knockouts from Otumba, Mexico. In his last bout in November he defeated in a non-title bout Leonardo Baez, 21-4. He is scheduled this weekend to meet WBC Featherweight champion Mark “Magnifico” Magsayo, 24-0 with 16 knockouts from the Philippines in San Antonio, Texas.

WBC Asian Boxing Council Continental Bantamweight champion Tasana “Petch CP Freshmart” Salapat, 66-1 with 49 knockouts from Roi-Et, Thailand. He just fought in a stay busy fight against a debuting opponent. It’s been since April of 2021 since he fought anyone with a decent record in Chaiwat Buatkrathok, 33-3, stopping him in 4 rounds.

WBA Super Flyweight champion Roman “Chocolatito” Gonzalez, 51-3 with 41 knockouts from Managua, Nicaragua. In his last fight in March he defeated Julio Cesar Martinez, 18-1, for the Diamond Super Flyweight title. He was coming off a loss to Juan Estrada, 42-3 with 28 knockouts whom he lost his WBA title to.

Former WBC Minimumweight champ Chayaphon Moonsri, 55-2 with 19 knockouts from Bangkok, Thailand. He’s coming off a no contest stay busy fight with Jinnawat Rienpit, 6-6. Prior to that he lost to Panya Pradabsri, 37-1. He is scheduled July 20th against WBA Super Mini champ Thammanoon Niyomtrong, 23-0.

Speaking of Pradabsri, 38-1 with 23 knockouts from Bangkok, Thailand. In March he defeated Moonsri.